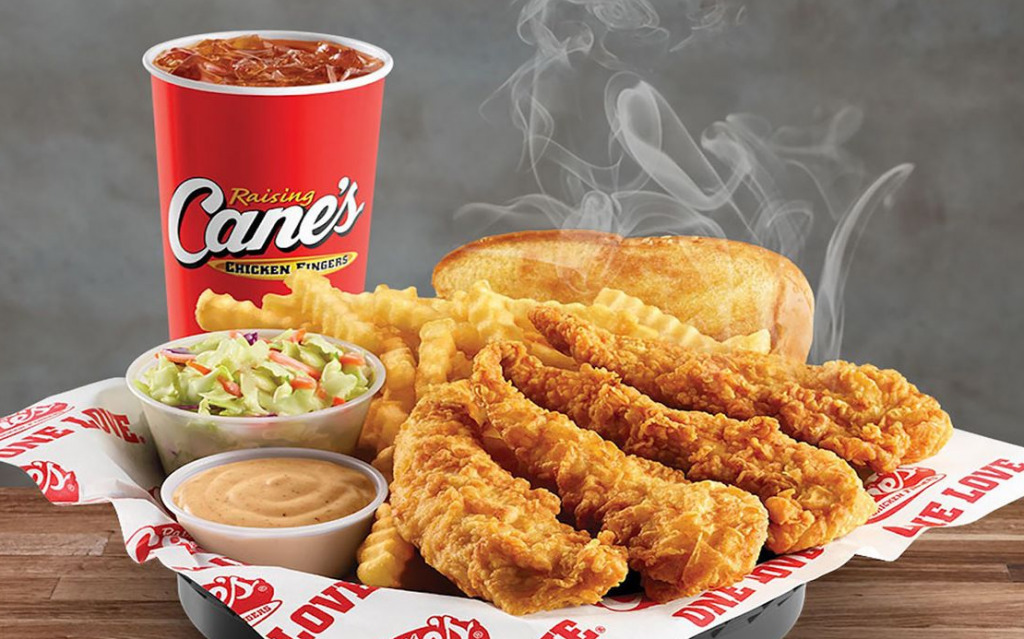 One of the nation’s fastest-growing restaurant chains is planning to enter the Indianapolis area with two locations.

Baton Rouge, Louisiana-based Raising Cane’s Chicken Fingers is advertising for managers to oversee restaurants in Noblesville and Avon that will open late this year.

The Avon location, 8970 E. U.S. Highway 36, is slated to open in November. The Noblesville restaurant, at Campus Parkway and Cabela Parkway near Hamilton Town Center, is expected to open in December.

Raising Cane’s was ranked 33rd on this year’s Technomic Top 500 Chain Restaurant Report after exploding both in sales and locations in recent years.

More than 80 percent of Raising Cane’s restaurants are company-owned, with restaurants averaging nearly $5 million in annual sales. Chainwide sales grew 38% from 2020 to 2021, to $2.37 billion, according to Restaurant Business.

Indiana got its first Raising Cane’s in late 2020 when one opened in Mishawaka. Another opened in West Lafayette in April 2021.

More Hoosier locations are slated for Bloomington (opening in August), Muncie (2023) and Merrillville.

Raising Cane’s was named after co-founder Todd Graves’ Labrador retriever. Graves worked at a refinery in California and as a salmon fisherman in Alaska to raise enough money to open the first Raising Cane’s in 1996 just outside Louisiana State University.