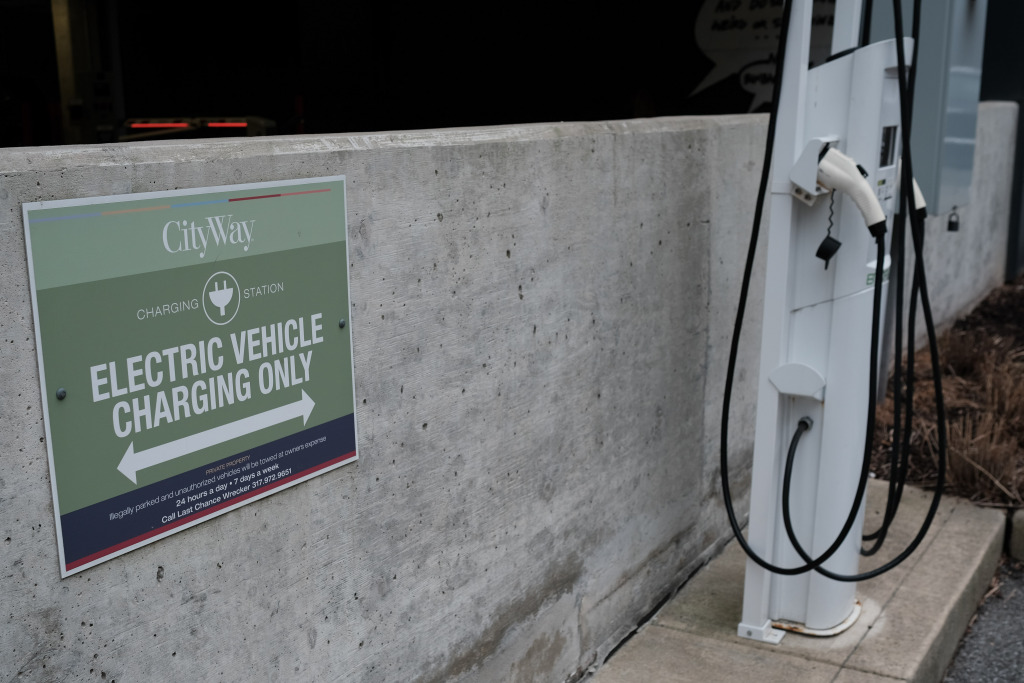 Indiana’s plan for building out a statewide electric vehicle infrastructure network has received a stamp of approval from the Federal Highway Administration, paving the way for the Indiana Department of Transportation to begin the process of installing more than 100 charging stations across the state.

The proposal, submitted by INDOT in July, details how the state plans to use $100 million in funding from the 2021 Bipartisan Infrastructure Law to install about 100 EV fast-charging stations along interstates and U.S. highways over the next three years.

Known as DC fast chargers or direct-current chargers, they are capable of charging 80% of an EV battery in less than 20 minutes for most cars. While there are more than 300 publicly accessible EV charging stations in Indiana, only five are NEVI-compliant.

Now that Indiana’s National Electric Vehicle Infrastructure (NEVI) plan has been approved, the state can begin the process of working with private and public partners to create a reliable charging network, INDOT officials said.

“A robust network of convenient, reliable charging infrastructure is essential to addressing range anxiety for electric vehicle owners,” INDOT Commissioner Mike Smith said in a media release. “Through the NEVI program, Indiana will work with private and public partners to make strategic investments in charging infrastructure along our highways to support the growing number of EV’s traveling throughout our state.”

The NEVI program was created by the infrastructure law with the goal of installing 500,000 charging stations by 2030 to reduce “range anxiety” for EV drivers and encourage wider adoption of electric vehicles.

NEVI will fund 80 percent of the installation of charging stations along with up to five years of operations and maintenance, with the remaining 20 percent of costs to be funded by site-owner operators.

The plan’s approval comes despite concerns raised by the Indiana Alliance for Equity, Diversity and Inclusion of Electric Vehicle Infrastructure and Economic Opportunities, which said the plan failed to contain measurable equity goals to benefit Black and racially diverse communities. INDOT officials have said the agency held public outreach campaigns in disadvantaged urban communities and will place almost half of its charging stations in racially diverse areas.

It also comes as auto manufacturer Stellantis NV and battery-maker Samsung SDI plan to construct a $2.5 billion electric vehicle battery plant in Kokomo, which is expected to result in 1,400 new jobs when it opens in 2024.

INDOT plans to install NEVI-funded stations in high-demand areas as early as June 2024, with stations going live in the second quarter of 2025.

Each station must have at least four ports that can be simultaneously charged at 150 kilowatts, be located along every 50 miles of a major roadway and less than one mile from an exit or intersection, and be accessible to the public 24 hours a day.