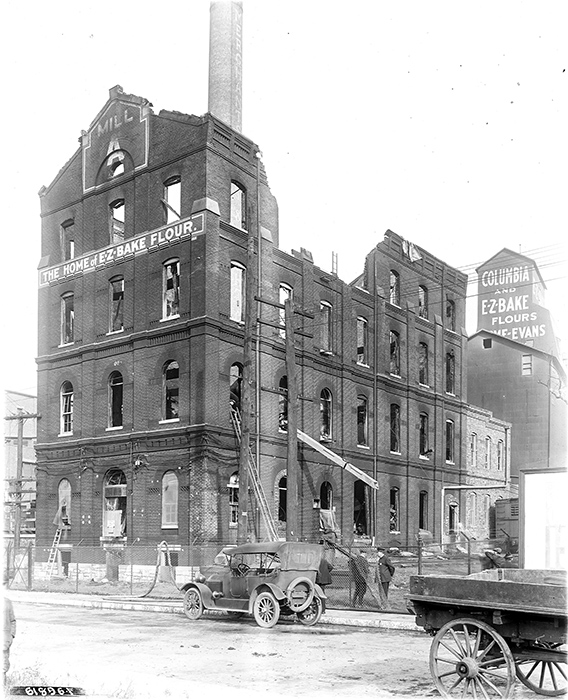 The Acme-Evans Co., which would eventually become one of the largest flour producers in the nation, launched in 1909 as the merger of two mills—the George T. Evans & Son Co. and the Acme Milling Co.—that were close to one another near the White River downtown. Evans & Son brought into the new company its popular E-Z-Bake Flour, which it had started producing in the 1890s. In October 1917, fire destroyed the company’s two-story, Italianate office building at what was then 702 W. Washington St., an address that is now part of White River State Park. The company then built a nine-story, modern mill on property along the White River, a building that was razed in 1994, despite legal action to stop it. E-Z-Bake is now produced by Prairie Mills Products in Rochester, north of Logansport.