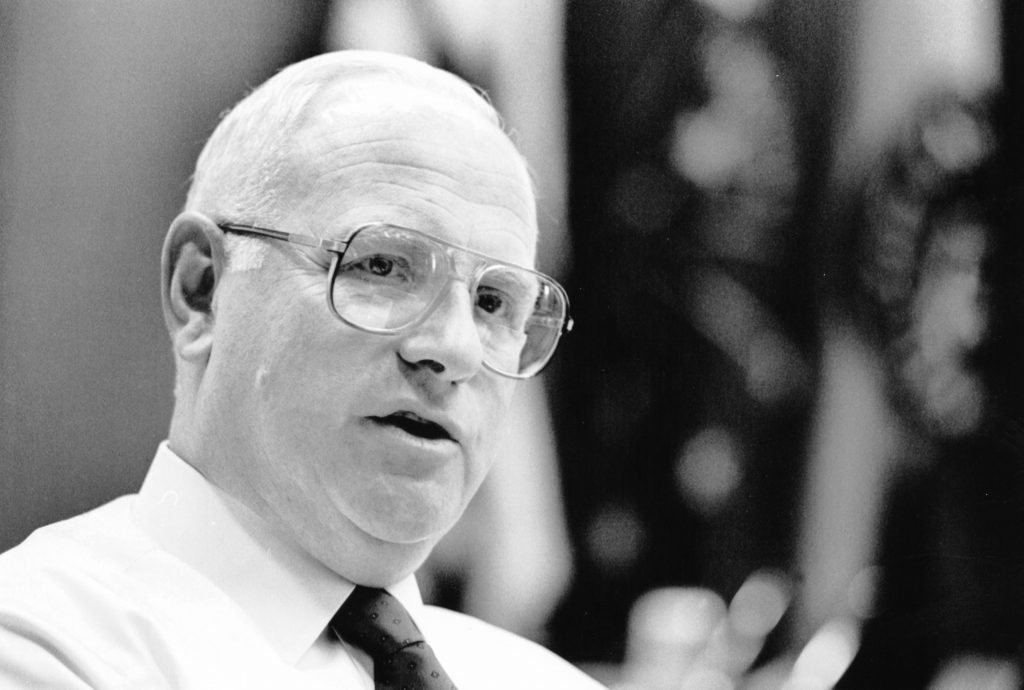 Former Purdue University President Dr. Steven C. Beering, who expanded and diversified the West Lafayette campus during his 18-year tenure, has died, the university announced. He was 87.

Purdue did not disclose the circumstances of Beering’s death, but current President Mitch Daniels confirmed to WLFI-TV that it was not from COVID-19.

Beering went to Purdue in 1983 after serving as dean of the Indiana University School of Medicine and director of the IU Medical Center in Indianapolis.

Before that, he served 12 years in the Air Force, during which time he became an adviser to the U.S. surgeon general in internal medicine and a medical consultant to NASA, where he was a physician to the nation’s first astronauts and to President Dwight Eisenhower.

“His 18-year leadership of our institution was but one chapter in an epic life of serial achievement,” Daniels said.

Beering was born Aug. 20, 1932, in Berlin and spent most of his early years in Hamburg, where his father managed two retail furniture stores before World War II. After the war, the family moved to London and then to the U.S. in 1948, settling near Pittsburgh.

In a news release, Purdue said that of all of Beering’s accomplishments, “one of the most significant was the way he overcame the trauma of war and Nazi oppression and defied odds to become a physician and the leader of one of the world’s leading universities.”

Daniels added: “The terrible tyranny that brought about World War II bestowed an unintended blessing on Indiana, Purdue University, and America when it sent the family of a young Steve Beering to our country.”

Jane Beering, his wife of 58 years, died March 9, 2015. Beering is survived by his sons Peter, David, and John and five grandchildren.

Due to the COVID-19 pandemic there will not be immediate services. A celebration of life is planned for when conditions allow.