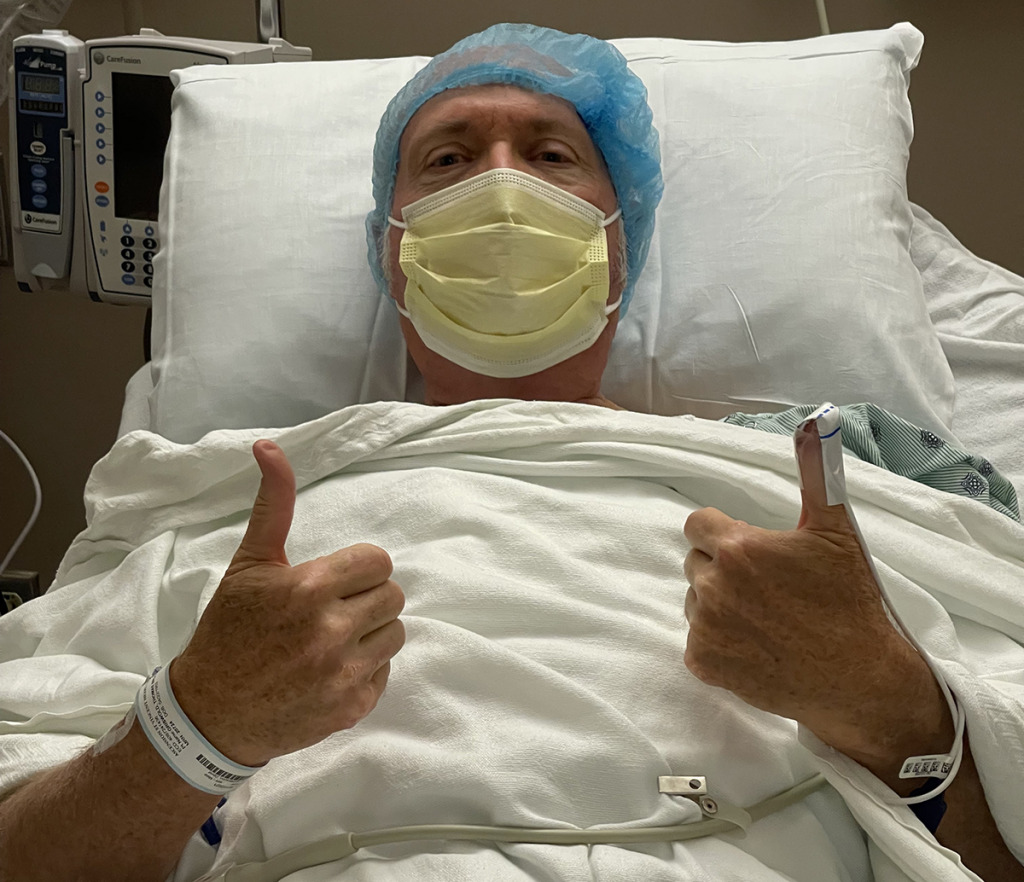 Tom Griswold of Q95’s “The Bob & Tom Show” will be absent from the studio for several weeks while recuperating from a heart valve replacement surgery.

Griswold, 68, initially was scheduled for a procedure to repair the valve, but doctors eventually decided that replacement would provide a better long-term outcome, according to a media release from the nationally syndicated comedy show on Monday.

“He is resting comfortably and ordering the hospital staff and his children to fetch things like Starbucks iced tea regularly,” according to the release.

The replacement valve is from a cow. Griswold is expected to make a full recovery.

While Griswold’s return to the studio will take several weeks, a home studio is being assembled so he can get back on the air quicker.

The show is continuing as scheduled, with the remainder of the core “Bob & Tom” regulars holding down the fort. On Monday morning in the 9 a.m. block, they briefly noted Tom’s absence, joked about having more time to talk, and launched into an extended group riff about comedian Josh Arnold’s dream of becoming a hobo.

“The Bob & Tom Show” has been a staple of Indianapolis radio for nearly four decades. It was established by Griswold and Bob Kevoian on March 7, 1983, and began national syndication on Jan. 6, 1995.