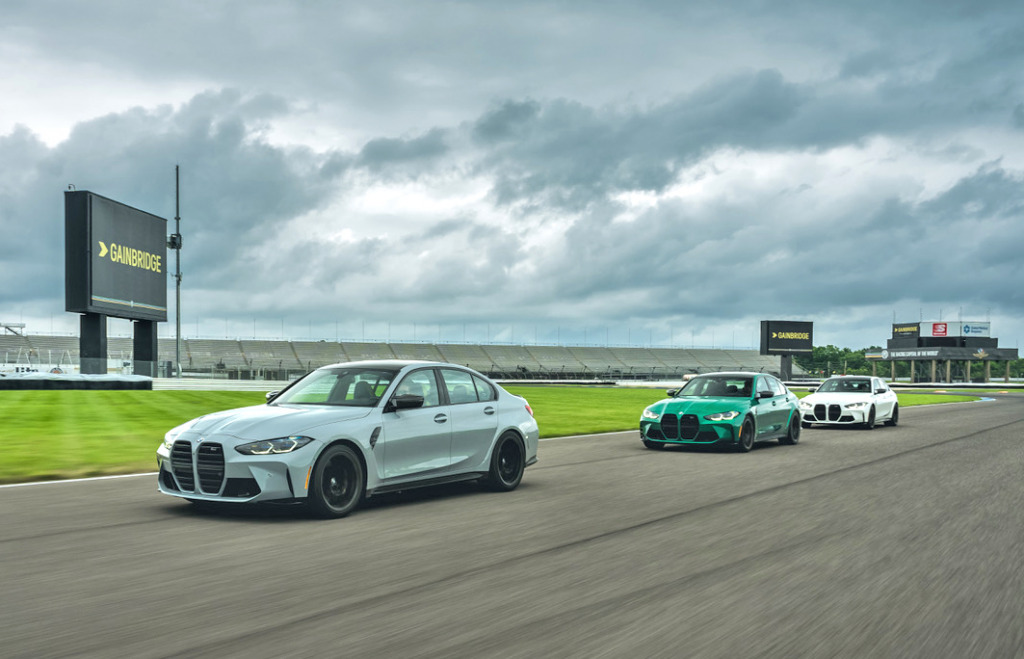 BMW’s M Driving Experience Center will include a showroom, classroom areas, a conference room and direct access to the IMS road course. (Image courtesy of the Indianapolis Motor Speedway)

Indianapolis Motor Speedway officials disclosed plans Tuesday to construct a building near Turn 3 of the famed oval as part of an effort to bring more uses to the facility throughout the year.

Plans call for an 8,700-square-foot structure that will be leased by BMW as part of a multiyear agreement to bring a seasonal driving center to the track’s road course.

BMW’s M Driving Experience Center will include a showroom, classroom areas, a conference room and direct access to the IMS road course, allowing prospective buyers to burn rubber before burning their cash. The facility will also have a dedicated parking area for visitors.

The German automaker debuted a similar experience center at IMS in July, using the track’s Formula One garages as its hub. Other car manufacturers such as Chevrolet, Porsche and Ferrari also have occasional driving experiences at the track but are not expected to use the new building.

“It’s going to be dual purpose, so when BMW is here doing their experience days like they did this year, that space will be used as the hub for [that],” Doug Boles, president of IMS, told IBJ. “It will have a classroom in it, so they can do pre-track instruction, and it will also have a small service bay area so they can prep the cars they use and service them properly.”

Uwe Dreher, vice president of marketing for BMW of North America, said the ability to bring programs to IMS allows the company to “formally expand our experiential and instructional classes to a totally new region in the U.S. market.”

Boles said the building also will be used for race-day hospitality and other small events throughout the year—when it’s not being used by BMW. The building will be “much different” in its appeal than the track’s existing 110 suites, which are largely along the straightaways and on the outer rim of Turn 2.

Rather, the one-story building will feature a rooftop deck with a view of Turns 3 and 4. It’s also near the Snake Pit, Boles noted, meaning those who want to experience music events on Indianapolis 500 race day can easily make their way to Turn 3.

“The best way to put it is, it gives individuals an opportunity to watch the race but also to be able to leave that and wander around and take in all that is the Indianapolis Motor Speedway—beyond solely the race,” Boles said. “On days where we’re not hosting races, it could be great space for somebody who wants to host a cocktail reception or have a meeting for their company and then have a dinner in a unique place.”

The plan for the building follows more than $20 million in improvements made to the speedway by Roger Penske since he bought it in January 2020.

Boles said construction on the “multimillion dollar” building is expected to begin this year, with buildout completed in the second quarter of 2022.

A few technical issues, including electrical rerouting and drainage, must be addressed before construction can begin, although permits have already been filed with local and state authorities.

Rowland Design is the architectural firm on the contract, with Shiel Sexton serving as general contractor.