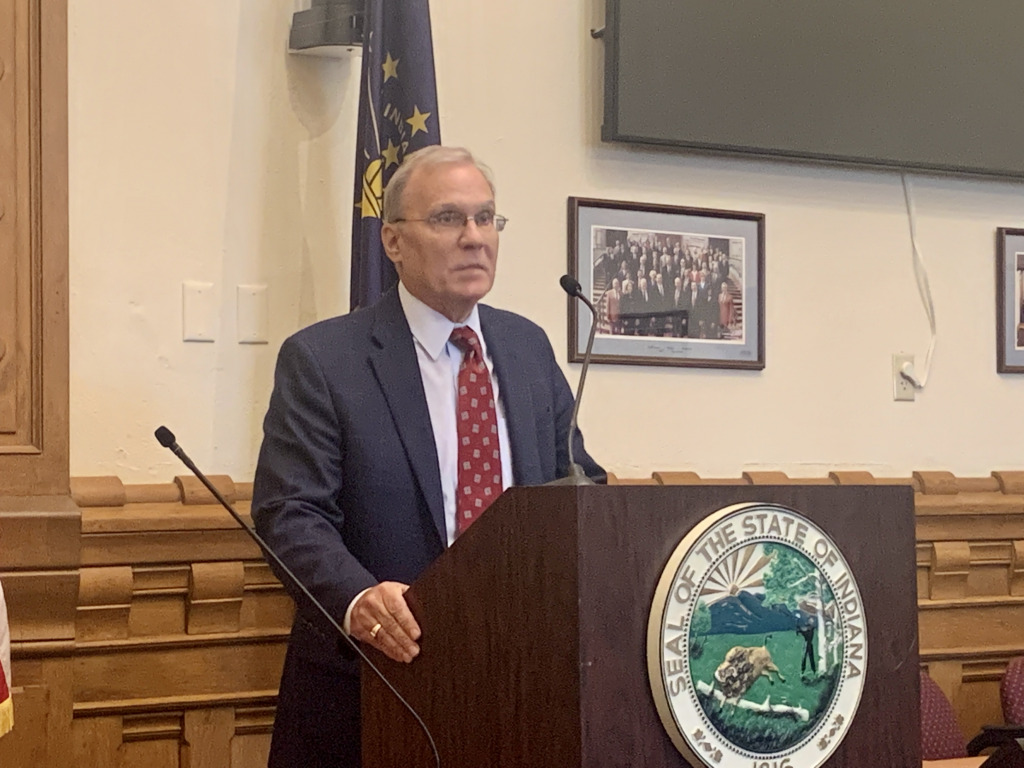 Indiana closed the fiscal year with $6.1 billion in state reserves, another sign the state’s economy bounced back from the COVID-19 pandemic faster than economists had expected.

“We have closed the books, and it’s no surprise that Indiana took in significantly more revenue than we anticipated,” Klutz said.

The news comes as Indiana lawmakers prepare to convene July 25 to consider Gov. Eric Holcomb’s proposal to send $1 billion back to Hoosiers in the form of $225 refund checks. That’s in addition to the $125 automatic taxpayer fund that was triggered last summer after the state ended fiscal year 2021 with nearly $4 billion reserves, which was $1.2 billion more than forecasted. The automatic tax refund is still being distributed.

Of the $6.1 billion in cash reserves, $2.5 billion will be distributed to the pre-1996 state teachers’ pension fund.

Indiana is expected to finish fiscal year 2023 with nearly $5.1 billion reserves, a figure that was also developed during the modest December 2021 forecast and does not account for Gov. Holcomb’s tax-refund proposal.

The state budget committee will release a new revenue forecast in December that will include updated numbers for the fiscal year 2023.

“Indiana’s economy is growing at an unprecedented rate due to the lowest unemployment rate in state history, higher-than-expected income tax revenues and growing our state’s GDP at a faster rate than the national average while meeting the essential needs of Hoosiers,” Holcomb said in a written statement. “I have called a special session to return $1 billion to taxpayers because it can’t wait until next year as we all face rising inflation costs.”

Holcomb said he plans to present a two-year budget that will address more support for the state’s public health system, salary increases for state employees, additional funding for K-12 education and another round of funds dedicated to the Regional Economic Acceleration and Development Initiative, or READI, program.

Senate President Pro Tem Rodric Bray, R-Martinsville, said he and his colleagues remain open to taking action to help Hoosiers with inflation relief, though he did not specifically mention the governor’s tax refund proposal.

“Senate Republicans are considering a package that can provide relief to Hoosiers in multiple ways while continuing to pay down our outstanding debt,” Bray said in a statement.

“We intend to provide relief by approving an automatic taxpayer refund, which will put $225 back into the pockets of all taxpayers,” Rep. Huston said in a statement.

Democrats in the General Assembly have criticized Republican lawmakers for failing to invest the state’s historic reserves in public health, education and student debt relief.

Rep. Gregory Porter, D-Indianapolis, a member of the state budget committee and a ranking Democrat on the Indiana House Ways and Means Committee, said the state’s surplus is “much too large.”

“It’s bloated by about 20 percent more than it should be,” Rep. Porter said in a statement. “It’s losing value sitting in the bank when it could be investing in Hoosiers.”

It’s unclear whether Republican lawmakers will consider Democrats’ call to expand the governor’s tax refund proposal to Hoosiers who don’t file taxes, including those who rely on Supplemental Security Income⁠—which goes toward people who are on limited incomes, disabled, blind, or 65 and older.

Office of Management and Budget Director Cris Johnston said including more vulnerable residents in the proposal presents obstacles from a logistical perspective.

“We don’t know who those people are and how many that might be, so that’s something we would have to explore,” Johnston said.