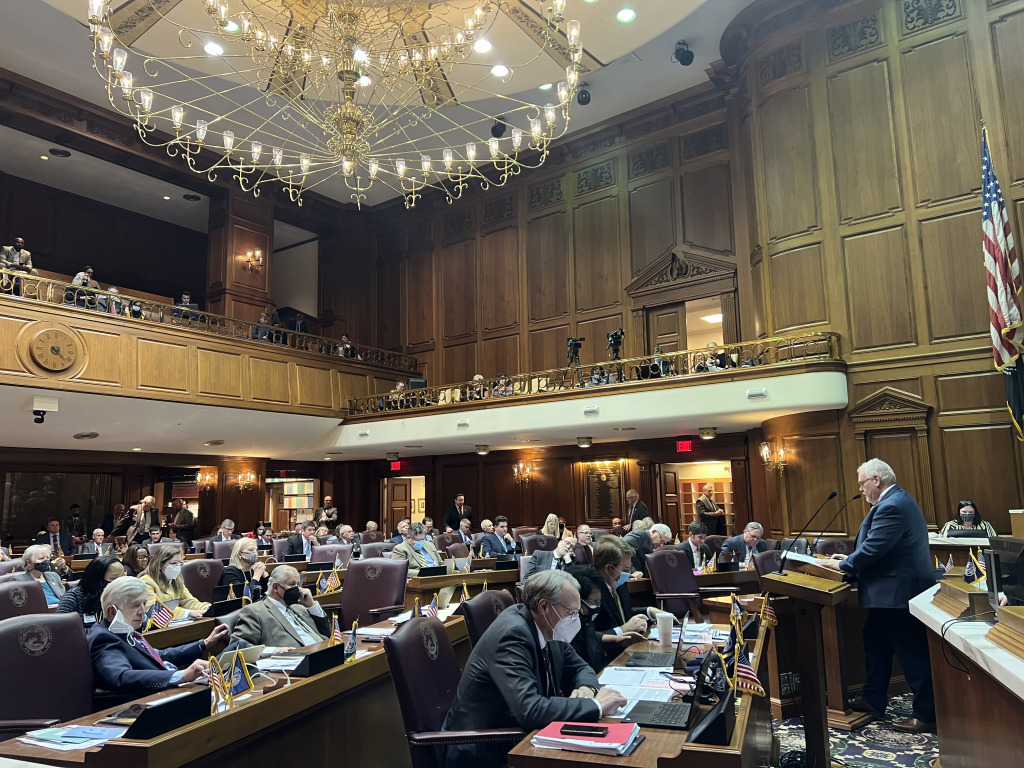 The Indiana House has passed a controversial bill that would restrict employers who mandate the COVID-19 vaccine, sending it to the Senate for consideration.

House Bill 1001 would also put in place administrative tools that Gov. Eric Holcomb has said could allow him to end the statewide public health emergency. The provisions mean Indiana could keep receiving federal funding for Medicaid expenses and food assistance programs even without an emergency order in place. The bill would also allow the state health commissioner to issue a standing doctor’s order allowing pharmacists to administer COVID-19 vaccinations for children ages 5 to 11.

The bill would force employers who require the COVID-19 vaccine to provide a religious exemption to any employee who requests one and to provide medical exemptions to anyone with a signed note from a doctor, physician’s assistant or advanced practice registered nurse who says the vaccine is medically contraindicated for the employee.

Employees could also choose to undergo regular COVID-19 testing—at no cost to the employee—rather than being vaccinated. Employers would be able apply for a reimbursement from the state for the cost of testing through the Indiana Department of Workforce Development.

HB 1001 also would ensure that employees whose exemptions are rejected and fired are eligible for unemployment benefits.

The bill’s author, Rep. Matt Lehman, R-Berne, said he heard over and over in the 14 hours of public testimony on the bill that people are losing their jobs after declining to be vaccinated. “This bill needs to be about protecting Hoosier workers,” Lehman said. “It’s not about the vaccine. It’s not about the effectiveness. It’s about the people who are affected.”

Business leaders, including the Indiana Chamber of Commerce, are opposed to the vaccine-mandates provisions in the bill, saying decisions about requiring the COVID-19 vaccine should be left to employers.

Rep. Ed DeLaney, D-Indianapolis, said the bill is being pushed by Republicans who claim they love the private sector, even as they undercut the ability of businesses to make decisions about their workplace.

Jacob, who voted against HB 1001, said the bill does not do enough to stop vaccine mandates and protect individuals. He said without any penalties for businesses violating the law, they won’t follow it.

“This bill does nothing except make it look like we’re doing something,” he said. “Laws without significant penalties do nothing.”

HB 1001 will head to the Senate, where its future is uncertain. Senate Republicans are opting to take another route to try to end the public health emergency and employer vaccine mandates.

The Senate is considering Senate Bill 3, which also creates administrative tools that could lead Holcomb to end the emergency order. But the vaccine mandate language is absent from the Senate bill. A committee unanimously passed SB 3 last week, and the full Senate could take further action on it this week.