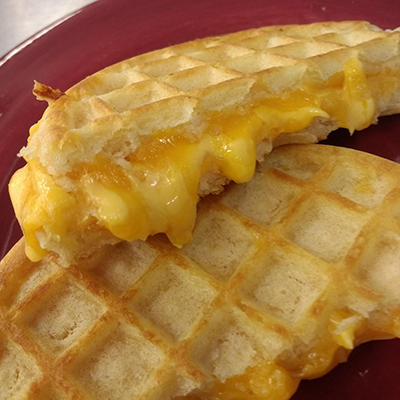 The Indiana State Fair is set to offer 23 new food items this year that will be featured in its “Taste of the Fair” contest, includes everything from a funnel-cake-inspired beer to a grilled cheese sandwich made with waffles.

Fairgoers can vote for their favorite food item during the fair, with $4,000 in cash prizes being awarded to the top three stands.

Nearly 140 food stands will be operating this year. The fair is scheduled to run from July 30-Aug. 22.

Following is a rundown of the new menu options and the vendors who carry them:

A cup of iced coffee mixed with a scoop of ice cream.

Mac and cheese, coleslaw and popcorn chicken combined into a waffle cone bowl.

A frozen coffee drink with a consistency similar to a milkshake.

Chocolate and salted caramel flavors mixed into a milkshake.

A vegan brat that is also 100% soy-free and gluten-free.

A mix of Latino flavors, including mango puree with chamoy, a sprinkle of Tajín Clásico Seasoning–a signature Mexican combination of mild chili peppers, lime, and sea salt–into a frozen drink.