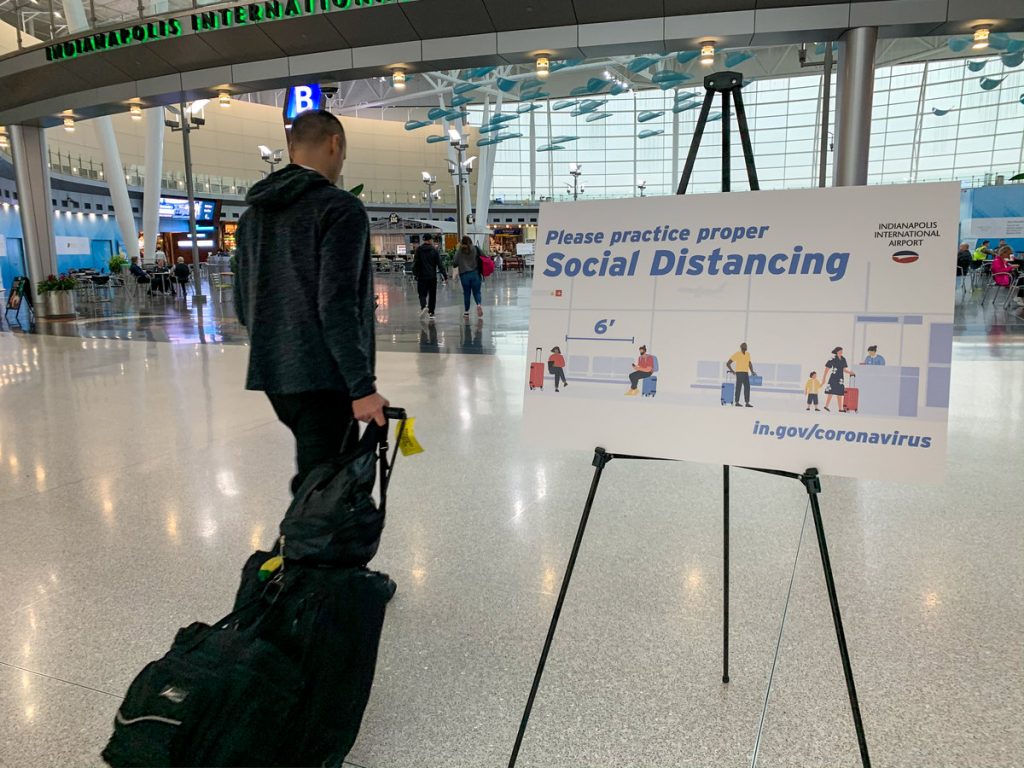 Indianapolis International Airport is poised to receive $52.2 million in federal funding as part of COVID-19 relief and stimulus programs.

The Federal Aviation Administration on Tuesday afternoon released a list of grant totals for airports across the country. The grants are part of $10 billion in emergency funding for airports that Congress approved as part of the Coronavirus Aid, Relief, and Economic Security Act—known as the CARES Act—signed into law by President Donald Trump on March 27.

The Indianapolis airport’s $52.2 million allotment is similar to the grants for other  medium-sized airports. For example, William P. Hobby in Houston will get about $50 million; Nashville International is getting about $54 million.

“We’re pleased to learn of today’s news from the FAA in regards to assisting our nation’s airport system for continued operations during this COVID-19 crisis and saving workers’ jobs,” Indianapolis Airport Authority Executive Director Mario Rodriguez said in a statement. “The amount of money allocated for the Indianapolis Airport Authority’s overall system, particularly the more than $52 million earmarked for the Indianapolis International Airport (IND), will be a significant economic catalyst as recovery efforts begin.”

The airport authority is carefully analyzing FAA guidance in order to “quickly infuse these dollars into our local economy,” he said.

The funding is expected to support continuing operations and replace lost revenue resulting from the sharp decline in passenger traffic and other airport business due to the COVID-19 public health emergency.

The funds are available to be used for airport capital expenditures, airport operating expenses including payroll and utilities, and airport debt payments.

In receiving the funds, airport authorities and sponsors are required to maintain employment levels at at least 90% of the number of individuals employed as of March 27, though some exceptions will be allowed.

To date, the airport authority has not laid off or furloughed any employees (though airlines, including those that service Indianapolis, have laid off workers).

Indianapolis International had roughly 4.6 million passengers board there last year, a new record.

An email to an airport spokeswoman about the level of reserves the airport currently has was not immediately answered.

But last month, airport officials told IBJ the airport authority is “confident” in its financial situation and had no concerns about meeting debt obligations.

In Indianapolis, the airport this year owes about $80 million in principal and interest payments. It’s also planning about $140 million of capital improvement projects.

Nationwide, passenger traffic volume at commercial airports is projected to drop 68% between March and June, contributing to a nearly $9 billion loss for the industry in 2020.

Other Indiana airports receiving funding from the CARES Act include: