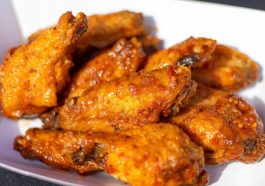 After receiving a big response for its debut last year, the Indy Chicken & Beer Festival is coming back for another go-around—this time in a different and larger downtown location.

The inaugural Indy Chicken & Beer Festival, which took place Sept. 25 on the grounds of The Pavilion at Pan Am, was a sellout of 1,600. Organizers are hoping for an even bigger response Aug. 6 when the event moves to Monument Circle.

Once again, the festival is expected to feature some of the city’s best-known restaurants and brewers, music, a wing-eating contest and other activities. The Saturday 21-and-older event is scheduled from 2 p.m. to 7 p.m. with early-bird tickets available now online at $30 while supplies last. General admission tickets are priced at $35 and VIP entry will cost $45.

Bradley Houser, festival founder, said he expects to have double the number of vendors this year. Among them will be returning participants like 450 North Brewing of Columbus and Taste of Innova Wings+Greens and new participants such as Black Lemon and King Dough.

Chicken will be served in a variety of ways, including wings and tenders, in pasta and tacos, or even on pizza. A vegan option also is on the menu.

“We are incredibly grateful to our participants and partners for allowing us to bring back this festival, which will be bigger and better than ever,” said Houser, who is also CEO of local food-information website and marketplace EatHere Indy. “Monument Circle is one of the most premier gathering places symbolizing our city. We’re so excited to put our stamp on it with this festival.”

More information about the event and tickets can be found here.