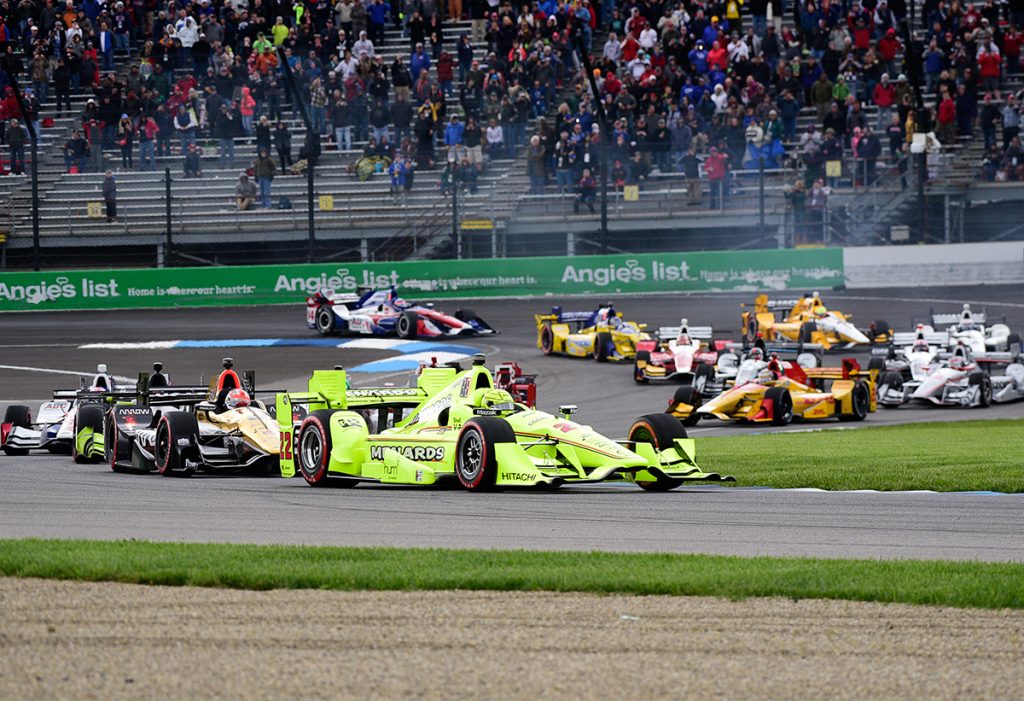 The IndyCar Series has added another race to its schedule that will be run on the road course at Indianapolis Motor Speedway in October.

New IndyCar owner Roger Penske said Monday that he has canceled the doubleheader race at Detroit and adjusted the schedule as the series remains on hold during the COVID-19 pandemic.

Penske told The Associated Press he had no choice but to cancel the two races at Belle Isle because Michigan is under a stay-at-home order and workers cannot begin constructing the track. Penske is the promoter of that race.

“We’re under lockdown, we can’t do anything,” Penske said. He had previously told AP he could move the event to later in the season if racing remained on hold by May 30.

Penske closed on his purchase of IndyCar and the Indianapolis Motor Speedway in January but all his plans have been disrupted since the season-opening race was called off 48 hours before the green flag.

To ensure a 15-race schedule, IndyCar will now run doubleheaders at Iowa Speedway, Laguna Speedway in California and return for a second race on the road course at IMS.

Penske has already taken the unprecedented step of moving the Indianapolis 500 to August and off Memorial Day weekend for the first time in race history.

“We’re committed to bringing fans as much on-track action as possible,” Penske Entertainment Corp. President and CEO Mark Miles said. “Our updated schedule features additional racing at fan favorite venues and adds to the total number of events on our calendar.”

The added stop at Indianapolis on Oct. 3 would be the third trip to the speedway in one season for IndyCar. Penske scheduled the Harvest GP in addition to a July 4 scheduled road course race at the speedway and the Indy 500. The July 4 race is currently scheduled to be part of a doubleheader weekend with NASCAR.

“IndyCar in October at IMS might bring slightly cooler weather but will definitely be warmly embraced by our fans,” said speedway President Doug Boles. “We appreciate everyone’s support and flexibility as we continue to navigate calendar adjustments caused by the COVID-19 situation.”

The series has already canceled races at Long Beach, California, Barber Motorsports Park in Alabama, Circuit of the Americas in Texas and now Detroit. The race in St. Petersburg, Florida, might still be held as the season finale. It had been scheduled as the March 15 opener, and teams were in place,  preparing to compete without spectators when the escalating coronavirus crisis forced Penske to pull the plug.

“Like our fans, we’re disappointed we won’t be racing in Detroit this year,” Miles said. “However, we’re excited to return to Belle Isle in 2021 and know we’ll put on a great show for everyone when we do. We also appreciate the flexibility and support of our event promoters at Iowa Speedway and Laguna Seca, who have enthusiastically embraced the opportunity to host doubleheaders.”