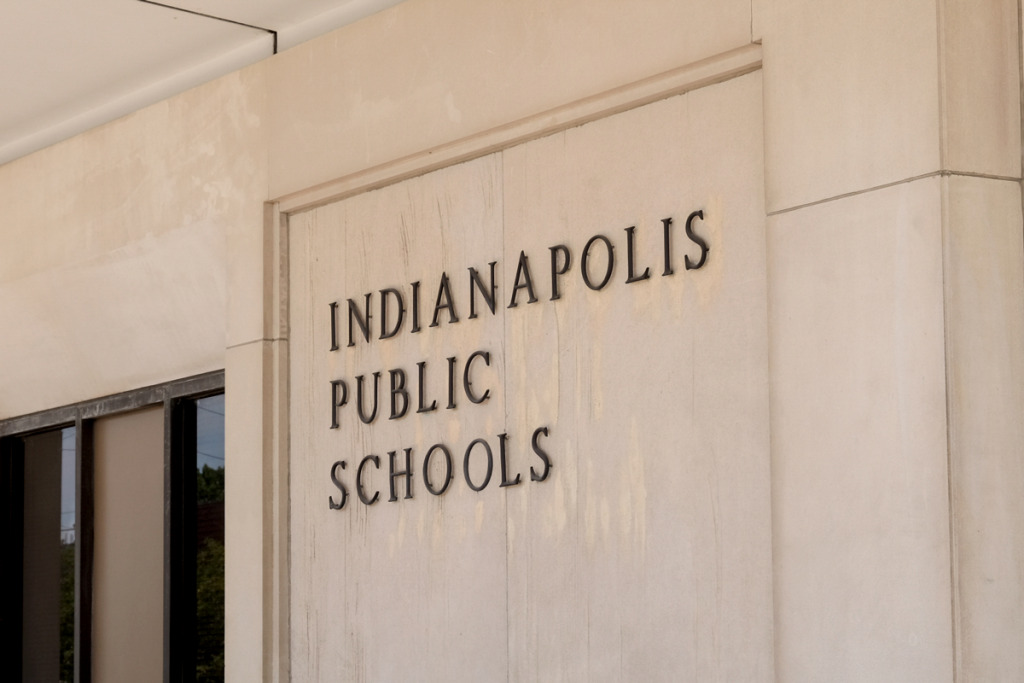 Indianapolis Public Schools might ask voters to approve a property tax increase if a plan to overhaul the district is approved next month.

District leaders have so far declined to discuss the cost of the significant proposal or how they will fund plans that include constructing two new elementary school buildings and improving 14 school facilities. That’s in addition to closing seven elementary schools, reopening two shuttered high school buildings and creating middle schools as part of a grade configuration change.

Superintendent Aleesia Johnson hinted at a possible property-tax referendum in public comments and media interviews last month when discussing the plan, known as Rebuilding Stronger. At the time, Johnson told WFYI that paying for the capital improvements “may also require community approval.”

The district responded last week to questions asking to clarify if Johnson was referring to a voter approved property tax increase.

“That is possible, given the scope and desired timeline for completion of the proposed facilities projects,” the district said in a statement. “In the coming weeks, we will outline a more detailed budget analysis as we move closer to a final plan, using stakeholder feedback, to propose to the Board of School Commissioners in November.”

The plan calls for constructing a new Francis Parker School 56 and Joyce Kilmer School 69 by summer 2026. Each facility would be 98,000-square-feet and seat 650 students. There would also be improvements at 14 schools, from expansions and renovations in the buildings, to updated security and athletic fields.

The board is expected to review a final version of the plan later this month and vote on it during a special meeting Nov. 9.

But in the year before the vote, IPS leaders faced pushback for their original proposal to seek nearly $1 billion in increased property-tax funding. The district then delayed taking the questions to the ballot and reduced the amount. Eventually in a deal with the Indy Chamber, the district settled on the lower tax increase that was supported by business and community groups.

Indiana’s property taxes are capped at rates based on the type of property, such as 1 percent of the assessed value for homes. But if voters approve a local referendum, a property tax bill can exceed the cap.

The May primary is the next opportunity the district could add a public question on a ballot, a process that requires approval by the school board. It remains to be seen how any request for additional property-tax increase would be received by the community.

The four candidates running for three open seats on the IPS school board are all against the current version of the overhaul proposal. The winning three candidates would join the board in January.

Stand for Children Indiana, a branch of the national K-12 parent advocacy nonprofit based in Oregon, financially supported the passage of the IPS’s 2018 referendum. Justin Ohlemiller, the local executive director, said parents with the group canvassed voters extensively to help win support for both ballot questions.

Ohlemiller said the details in the final version of Rebuilding Stronger and how it is perceived by families involved with Stand will determine “how we approach any future referendum.”

“If and when there is consideration for another referendum, I think a few key questions would need to be addressed–including how the new funding would support strategies to specifically close the opportunity gap between White students and Black and Brown students,” Ohlemiller said. “What’s in the IPS vision that is backed by evidence to indicate it will move the academic needle for historically underserved students?”

Ohlemiller, in a recent online post, criticized the district for proposing an expansion of the Center For Inquiry academic program because of the racial achievement gap for Black and Latino students who attend the CFI schools. Ohlemiller believes replicating this school model goes against the district’s own goal to increases academic achievement of Black and Brown students.

The final two public meetings to discuss the Rebuilding Stronger plan are 6 p.m. Oct. 17, at Arsenal Tech High School and a virtual meeting 12 p.m. Oct. 19. For more details on how to comment on the plan, go to myips.org/rebuilding-stronger.