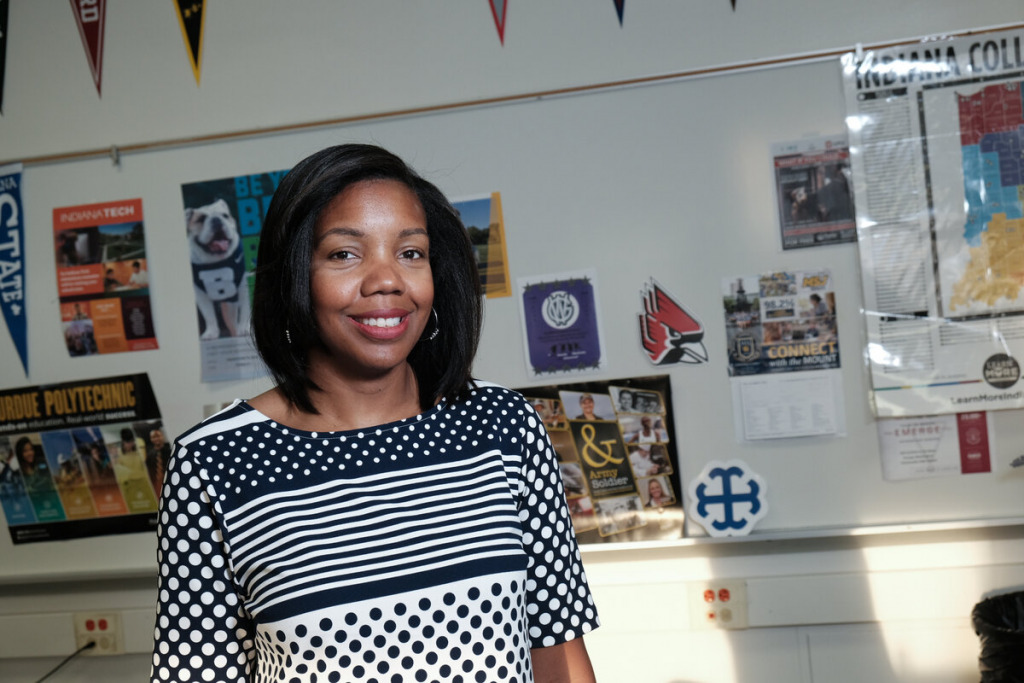 Indianapolis Public Schools has eliminated an $18 million deficit that it had projected for this school year, Superintendent Aleesia Johnson said. While she doesn’t anticipate closing any schools by next fall, she warned the district must continue to cut costs to avoid falling into the red.

“Our budget line is headed in the wrong direction,” Johnson said Wednesday in her State of the District speech delivered to a virtual audience. “If we change nothing, we’ll go into the red in 2028.”

She is planning six “dream and scheme” community meetings to hear what people want schools to be doing, and to inform the difficult work of trimming budgets. From Monday through Oct. 4, board members will convene six virtual and in-person meetings. Registration is online on the district website.

After gathering and synthesizing community ideas, the administration will present options and proposals to respond to those “dreams” and to cut budgets.

“Nothing is going to be off the table,” Johnson said. “We can do just about anything. We just can’t do everything.”

The magnitude of the required cuts will significantly affect district programs and people.

For months, officials have been privately discussing school closures. Four years ago, IPS cut down its high schools by half, to four campuses. It hasn’t reduced the number of elementary or middle schools, many of which operate below capacity.

Facing a fiscal crisis, IPS turned to the Indianapolis Chamber of Commerce in 2018. The district won chamber backing by agreeing to scale down a tax measure that it was seeking, and to cut spending by $328 million and raise teacher and principal salaries by $230 million over eight years.

Voters passed the referendum, which is expected to generate $220 million for the eight-year duration of the tax.

The formal partnership, with the chamber helping set goals for cost-cutting and backing other initiatives such as outsourcing some busing, has just ended.

The district has fairly steadily cut utilities, custodial services, and transportation, but last school year missed its cutback target by $27 million, after exceeding it the first two years.

Last month, the budget cuts were on track to fall 20% short of the chamber-advised goal.

Although robust property values have bumped up expected tax revenues from the referendum by more than one-third, it’s not enough to offset the shortfall in savings.

In part, that’s because the district made investments that Johnson has called vital.

“We’ve built supports for high-need students, we’ve invested in high-quality curriculum, and we’ve given raises to staff, not just because they deserve it, but because we can’t function if we can’t compete for talent.”

With negotiations launching on a new teacher contract, so far raises are on track to amount to 30% less than outlined in the chamber pact. IPS teachers won a 9% raise in 2019 and a 5% raise last year.

Those raises came after Indiana teachers led nationwide protests two years ago for higher wages. The state had ranked last among states in teacher raises over a 15-year period.

The district, like every other one across the country, has reaped a windfall of federal pandemic relief aid. IPS schools will get $213 million in one-time funds. Johnson said the district is steering those funds toward tutoring and accelerating learning, providing students access to tech devices and the internet, improving building safety against the coronavirus, and providing more nurses.

The constraints present a challenge that Johnson cast as an opportunity—“a chance not to fiddle around the edges, but to rebuild, to create the school system our children deserve … a plan that embodies excellence, justice, and sustainability.”