Home » ISO leader says musicians have been consulted in decisions 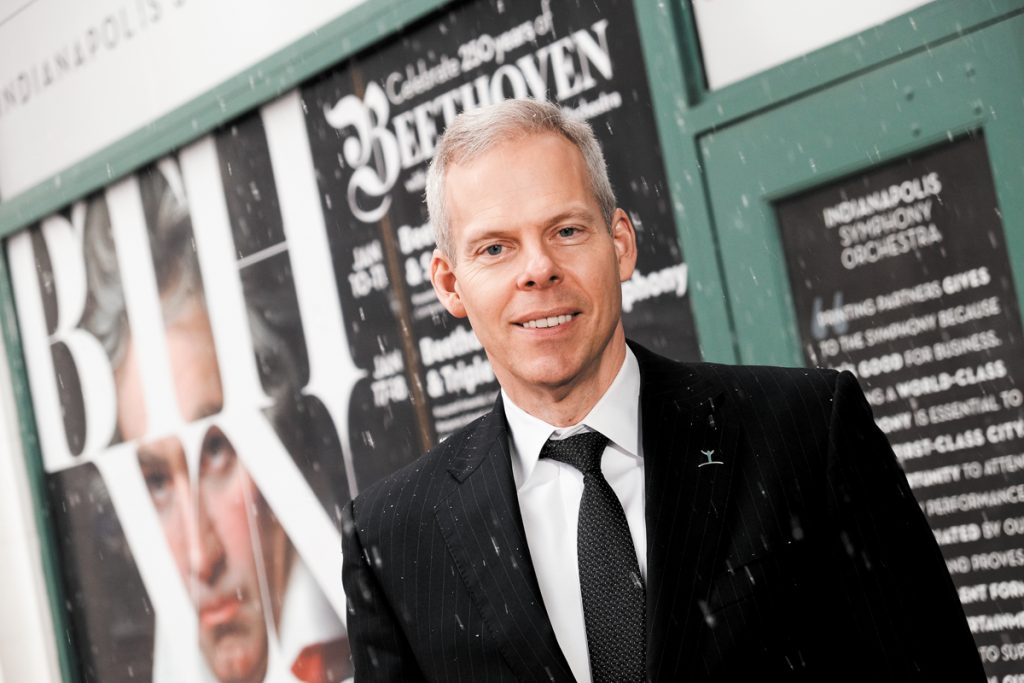 The head of the Indianapolis Symphony Orchestra is refuting claims made earlier this week by musicians that management has been making financial decisions without any consultation or negotiations with the members of the orchestra.

The ISO initially announced in April that it had furloughed its 72 musicians and laid off about half of its staff to adjust to performance cancellations and financial hardships caused by the COVID-19 pandemic.

All ISO summer performances through Sept. 17, including the popular Symphony on the Prairie season at Conner Prairie, have been canceled.

The ISO did receive funding through the federal Paycheck Protection Program, which it used to pay musicians 75% of their normal salaries for eight weeks. But that support ended June 7, and another round of furloughs started that day.

The latest round of furloughs also cut health insurance coverage, according to the musicians, and there is no timeline for when benefits might be restored or when musicians might be called back to work.

According to the musicians, the ISO is the only orchestra in the International Conference of Symphony and Opera Musicians—which represents 52 of the world’s largest orchestras—to drop health insurance for musicians while on furlough.

James Johnson, CEO of the ISO, told IBJ that leaders of the organization did have conversations with the musicians about health insurance coverage and that the parties reached an agreement two months ago that outlined what everyone could expect through Sept. 6, when the existing long-term contract is set to expire.

Johnson said management proposed continuing to cover health insurance costs for the musicians in part by using some of the funds that would otherwise be used for back pay owed to the musicians for performances that occurred before the pandemic.

But, according to Johnson, representatives and attorneys for the musicians instead proposed the cash stipend for health insurance, which is what the final agreement included. He said the musicians voted to accept that agreement.

The musicians say the ISO never made an offer that included continuing health insurance coverage beyond June 7.

“The decision to terminate the coverage was made unilaterally by the ISO management,” Brian Smith, orchestra committee chair for the Musicians of the Indianapolis Symphony Orchestra, told IBJ. “Every request by the musicians or our representatives to continue health insurance past that date was rejected.”

But Smith said the musicians did vote on the final agreement.

Johnson said “it’s disingenuous” for the musicians to suggest they have not been involved in discussions with the ISO, but he understands why they would be frustrated with the situation.

“I would be, too,” Johnson said. “No one is happy about the current circumstances.”

Johnson said they are down to 31 staff members, compared to 54 full-time employees prior to layoffs, and many of those employees are on reduced compensation. Health insurance continues to be provided for those individuals.

“We were very concerned about providing health insurance,” Johnson said.

Johnson did not disagree with the musicians saying that negotiations for a new long-term contract have not started yet, even though there is less than two months left to reach a new agreement.

The current three-year agreement, reached in 2016, included the first salary increase since 2006. Deals reached in 2009 and 2012 contained pay cuts as ISO management handled its budget in the wake of the Great Recession.

“Certainly, we are prepared and ready to begin those conversations with musicians very soon,” Johnson said. “The challenge of course is we can’t resume business as usual at this time.”

Musicians have also questioned why the ISO is not tapping into its endowment, which was worth about $97 million when the latest financial report was shared in December.

The fund is controlled by a board of directors separate from the board that oversees the ISO as an organization, and Johnson said the board has made it clear it is opposed to allocating more than the traditional 5% of assets annually to the ISO.

“We’ve kept them aware of our challenges,” Johnson said.

The chairman of that board, attorney John Thornburgh, was not immediately available for comment.

“There’s no question that we are all pulling for long-term success,” Johnson said.

Johnson said the staff is currently working on a plan for the orchestra to return but details have not been finalized. The ISO has a performance scheduled for Sept. 18 that has not been canceled yet, and Johnson said he’s hoping that it will be able to take place, although it will likely require some modifications.