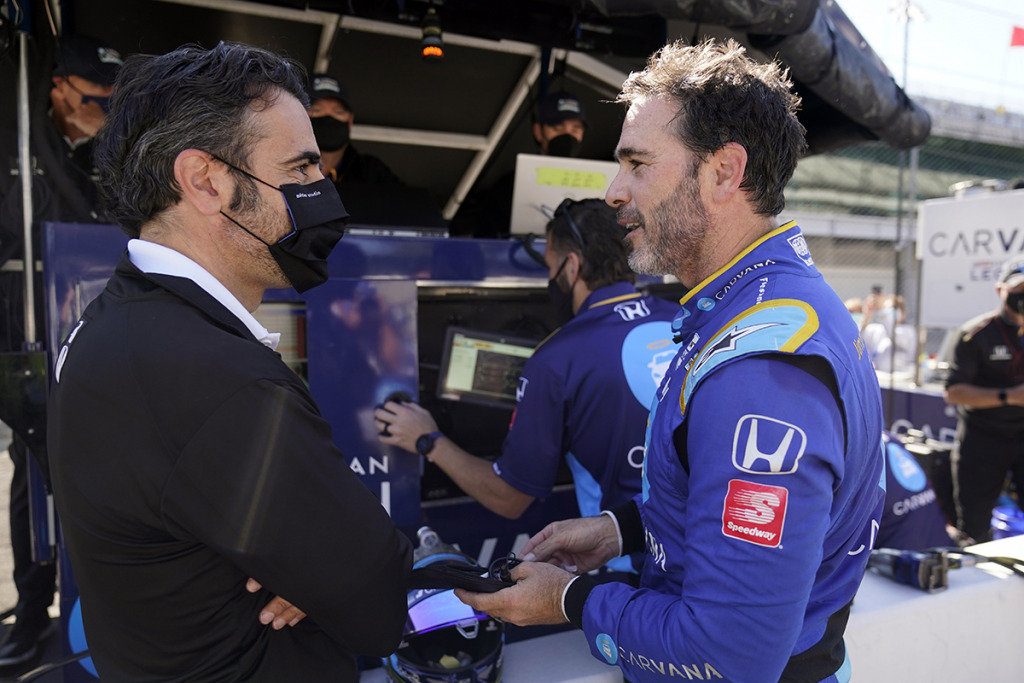 Jimmie Johnson announced Friday that sponsor Carvana has agreed to fund next year’s racing endeavors and the seven-time NASCAR champion will use the next few weeks to determine his 2023 schedule.

Johnson just a week ago said he was still seeking funding for a full IndyCar season. But he’s also impatiently awaiting IndyCar’s upcoming schedule because he wants to be part of NASCAR’s special project to take a Hendrick Motorsports entry to the 24 Hours of Le Mans.

He hasn’t closed the door on running another NASCAR race some day, and explained at Laguna Seca Raceway that he has multiple offers to compete in a variety of motorsports series.

Johnson has tried to be patient the last several months as he awaited sponsorship decisions. He spent almost his entire NASCAR career with one sponsor until Lowe’s left the sport and Ally picked up the final two years of Johnson’s career.

He made the decision to retire from NASCAR after the 2020 season and pursue his childhood dream of competing in IndyCar. He found Carvana on his own and took the funding to Chip Ganassi Racing, where Johnson spent his first season running only IndyCar’s oval and road courses.

It was a steep learning curve for the NASCAR champion, and this year he added the Indianapolis 500 and the remainder of the ovals in his first full IndyCar season. He has been very good on the ovals and dazzled at his first Indy 500 by turning laps over 240 mph in qualifying.

Although he still struggles on road and street courses, he has been pretty decent on ovals and led 21 laps at Iowa Speedway. He scored finishes of fifth and sixth on the IndyCar ovals at Texas and Iowa.

After announcing that Carvana is behind him for next year, Johnson said he just doesn’t know at this stage what kind of racing that entails.

“The whole process just take times, I need to think about it, see what Team Johnson thinks and talk to the girls, but the good news is Carvana, they want to stay.”