Home » Kim Dodson: High court case could strip rights from the most vulnerable 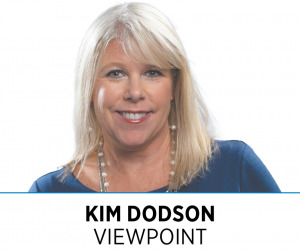 I am a disability-rights leader in Indiana and am extremely concerned about the future of critical social services in our state and country.

On Nov. 8, Health and Hospital Corporation v. Talevski will be heard by the U.S. Supreme Court. A ruling in this case is likely to strip away the legal rights and protections of vulnerable citizens, including those whom The Arc of Indiana has worked to protect for over 65 years. These are your neighbors, your co-workers and the loved ones of people you cross paths with in all aspects of life.

The case is rooted right here in Indiana. Health and Hospital Corporation of Marion County, which operates 78 nursing homes throughout the state, is appealing a lawsuit about alleged mistreatment and abuse of a former resident, Gorgi Talevski. But HHC isn’t just asking the Supreme Court to reconsider whether Mr. Talevski’s family can bring a lawsuit; it’s arguing that no one should be able to challenge civil rights violations from providers of safety-net programs.

Why does this matter?

The implications of this case reach far beyond Mr. Talevski and nursing home standards of care. Safety-net programs—such as Medicaid, the Supplemental Nutrition Assistance Program, the Children’s Health Insurance Program and Temporary Assistance to Needy Families—have been a lifeline for millions of people, especially people with disabilities. One in four adults in Indiana has a disability, and many of them rely on these programs to live full and active lives. A negative ruling will leave them without any legal recourse if they face mistreatment or abuse or if their benefits are taken away or denied. This happens more often than you might think.

I’ve spent nearly 25 years advocating for people with intellectual and developmental disabilities, and as CEO of The Arc of Indiana, I know the fallout from this case will impose a heavy human toll on Hoosiers and across the country. The history of discriminatory treatment toward people with disabilities has deep roots. The Americans with Disabilities Act, enacted in 1990, was one of the most significant advancements in civil rights—yet discrimination persists.

The Arc helps people with disabilities navigate these complex government systems, which are rife with flaws, restrictions, oversights and errors. Private lawsuits have been one of the only ways people get the services and support they need.

Take Lois Curtis and Elaine Wilson, who are at the heart of a Supreme Court decision, Olmstead v. L.C. These people with disabilities were confined in an institution for several years after professionals recommended them for community-based programs. Their only avenue for release and access to these programs was through a lawsuit filed under the ADA, which they won in 1999. Hundreds of lawsuits have been filed and won under the Olmstead precedent, enabling people with disabilities to receive the support and care they need in the community rather than in institutions.

If the Supreme Court rules in favor of HHC, which legal experts are predicting is the likely outcome, these lawsuits will no longer be possible to protect and uphold basic health and human rights. This includes the more than 3,000 people with disabilities who reside in nursing homes in Indiana.

Health and Hospital Corp. has the power to stop all of this from happening.

This case does not reflect the values I know and love about Indiana, the state that was the first to rid itself of state institutions for people with disabilities. I implore the Health and Hospital Corp. to withdraw its case—for the sake of the millions of people whose lives depend on safety-net programs.•

Dodson is CEO of The Arc of Indiana.