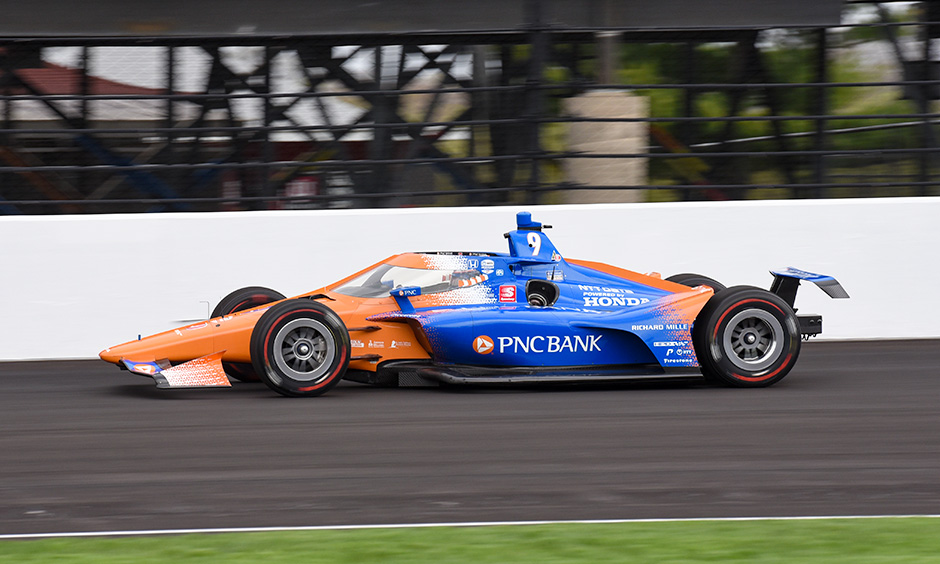 Three Indianapolis 500 winners spun while coming out of the pits Wednesday at Indianapolis Motor Speedway and four-time race champion Helio Castroneves hit the second turn wall with about 80 minutes left in an unusually chaotic testing session that was cut short after a pair of crashes.

Castroneves was taken to the track’s infield medical center where he was checked and cleared to drive shortly after the crash. The Brazilian won last year’s race in the same car that hit the wall.

“Very strange,” Castroneves said. “I wasn’t pushing, I wasn’t even trying. It was very unusual. I don’t know if you guys saw but I was like I can’t believe what just happened.”

The testing session was delayed early in the day for about 90 minutes following rain. After the track dried, temperatures in the high 40s and warmed up into the low 60s as drivers took to the track.

Castroneves wasn’t the only veteran who had trouble with the chilly, breezy conditions.

While neither hit the wall, Power’s car forced Colton Herta to go high through the first turn and Herta wound up slamming into the wall. Swedish driver Marcus Ericsson barely avoided hitting the Andretti Autosport driver as Herta’s car stopped.

Power couldn’t explain it, either.

“It scared the absolute daylights out of me,” Power said. “I feel terrible for Colton because he crashed because of me. But I had zero warning. Zero. It felt like water.”

The 22-year-old Herta, like Castroneves, was quickly released from the infield medical center and cleared to drive.

“I wasn’t sure how far up the track Will was but I had to go wide,” he said. “I was close to having nowhere to go.”

Shortly after the second crash, series officials halted testing for the day so they could give the track a more thorough inspection. IMS, IndyCar and Firestone, the tire supplier for the series, said they were working to evaluate the warmup lane in turns one and two.

Another testing session is scheduled for Thursday.

Six-time series champ Scott Dixon of Chip Ganassi Racing posted the fastest lap of the day at 227.187 mph. Conor Daly of Ed Carpenter Racing was second at 226.985 and rookie Callum Ilot of Juncos Hollinger Racing was third at 226.308.

“The first thing I said was the warmup lane felt slick and then I saw Alex spinning so it made sense,” Daly said. “I think the more we go, it will get better. It’s unfortunate but I think we can run if we’re just a little bit cautious with it.”

Seven-time NASCAR champion Jimmie Johnson, driving with a bandaged hand in his first IndyCar season driving ovals, was 25th at 218.785 after recording the eighth-fastest non-tow speed in the first of the three two-hour windows.