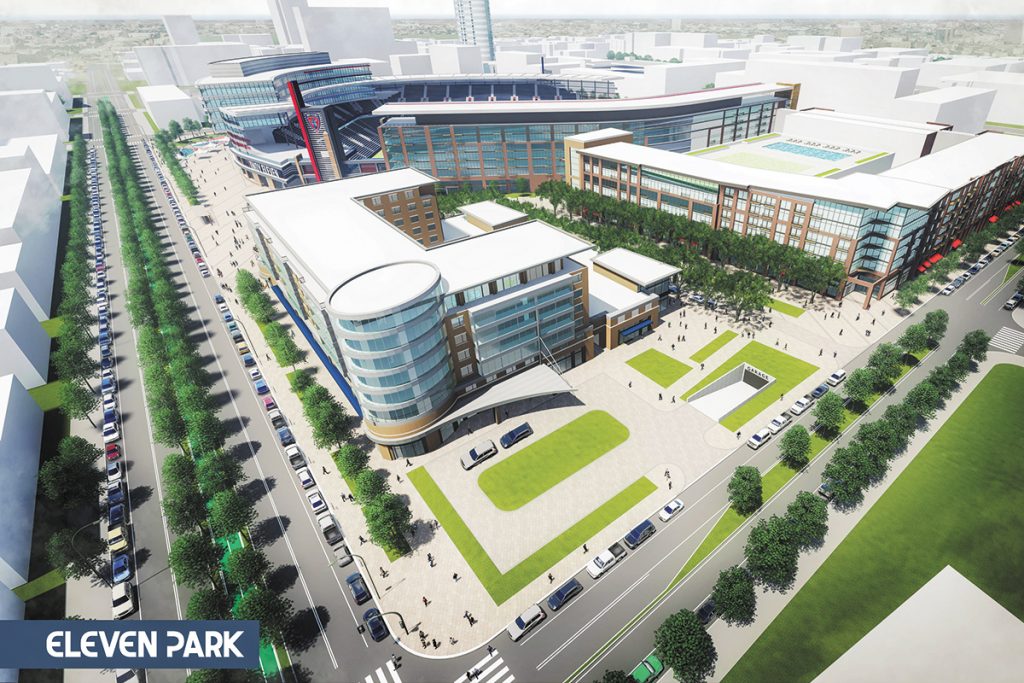 Indiana lawmakers made a significant commitment to Indianapolis sports teams and venues this year—and the impact of the legislation will likely be felt for decades.

The law, which passed with bipartisan support in April, created funding plans for most of a $360 million renovation of Bankers Life Fieldhouse and the construction of a $150 million soccer stadium for the Indy Eleven by diverting millions of dollars in annual state tax revenue to the Capital Improvement Board.

The funding plan did not create new taxes, but it did extend the life of some existing taxes that would have otherwise expired and it expanded the area in which much of the tax revenue that’s collected goes to the CIB.

The deal also came with a catch—the CIB had to sign a new 25-year deal with the Indiana Pacers to keep the NBA team in Indianapolis. The CIB inked that contract, which is worth $800 million over the 25-year period, with Pacers Sports & Entertainment on April 12. The legislation passed on April 23.

Thomas Cook, chief of staff for Indianapolis Mayor Joe Hogsett, said the legislation “was really significant” given the economic impact sports and tourism have on the city. But he said it also showed that city and state leaders of both major political parties could work together.

“I think that’s something that is relatively noteworthy given sort of the current state of politics,” Cook said. “This wasn’t a political issue. This was a governing, economic development issue.”

The Bankers Life Fieldhouse renovation, to which the city and the CIB are contributing $295 million and the Pacers are contributing $65 million, includes building a 1-1/2-acre outdoor plaza north of Bankers Life; updates to locker rooms and conference rooms; and new gathering areas, clubs, bars and concessions.

Construction hasn’t started yet, but things will start moving this summer when the fieldhouse suites will be redesigned.

As for the soccer stadium—something the Indy Eleven has for years been lobbying state lawmakers to fund—the bill directs up to $9.5 million annually in tax revenue to pay off bonds for 32 years for an outdoor stadium.

The residential and commercial parts of the project would be privately funded, but Ozdemir proposed that the stadium be funded with tax revenue generated by the larger Eleven Park.

As of Nov. 25, Ozdemir had not announced a location for the project.

And the tax revenue funding is not a done deal yet. The law requires the Indy Eleven to sign a long-term agreement with the CIB and pay for 20% of the stadium construction costs.

Aspects of the plan would also require City-County Council approval, the Metropolitan Development Commission would have to create the new taxing district where the revenue would be captured, and the State Budget Committee would have to sign off on the project.

None of those steps will move forward without a site nailed down.

Several areas are believed to be in play, but sources have told IBJ Ozdemir’s preference is a 15-acre site west of Lucas Oil Stadium.

“We’re looking forward to those conversations once they get to a more substantive point,” Cook said.

The law that allowed the funding mechanisms for the Bankers Life Fieldhouse renovations and the potential soccer stadium also served an arguably more significant purpose: It bailed out the CIB, which was headed for insolvency without additional revenue.

But some of those taxes were created with sunset dates, and the annual net impact to the CIB had lawmakers not taken action would have been a $27.8 million decrease in funding as of 2028.

The law extended the life of some of those taxes and expanded the professional sports development area to include additional hotels, which could generate an additional $9 million for the CIB starting in 2022. The amount the CIB could collect from it gradually increases through 2041.

The legislation also authorized the state treasurer to essentially lend the CIB money to make up for the revenue set to be diverted away from the agency starting in 2028. The CIB estimates that annual loan could range from $7.2 million to $20.2 million, depending on the year.

“We were able to secure the future of all of these public facilities without raising one penny in new taxes,” Cook said. “That’s a good outcome to find yourself with at the end of a multi-year process like this was.”•