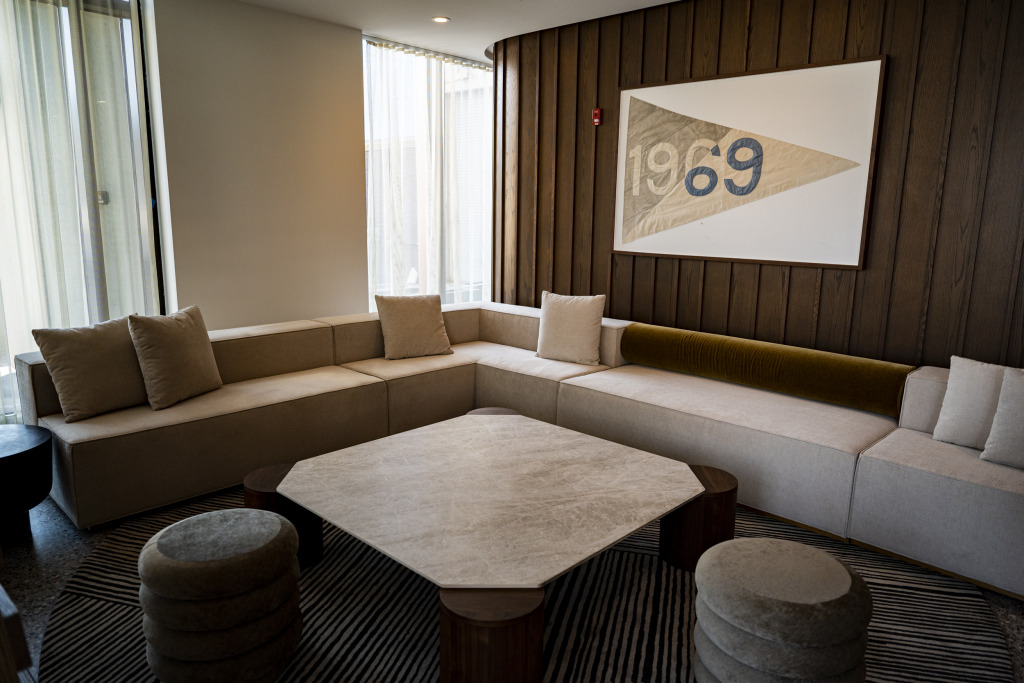 The $35 million Hotel Indy is managed by Coury Hospitality (the same firm that manages Hotel Carmichael in Carmel), and is expected to open Oct. 27. It was developed by locally based KennMar LLC and bears a Tribute by Marriott flag.

The 90-room boutique hotel at 141 E. Washington St., at the corner of Delaware Street, will open in a remodeled 60,000-square-foot building that was constructed in 1969 for State Life Insurance Co. and was the home of local law firm Riley Bennett & Egloff from 2003 to 2019. The building was designed in the Brutalist architectural style that emerged in the 1950s and was popular until the 1970s.

IBJ had an opportunity to tour the hotel on Wednesday. It features midcentury modern interior design. You can get a peek inside the hotel by viewing our gallery.

The property will have three large dining and gathering areas: the Cannon Ball Lounge on the sixth floor, a restaurant called The Hulman and a patio space called The Paddock. All three were inspired by the city’s connection to open-wheel racing and each will be open to the public.

The hotel is hiring mode right now as it prepares for opening day.