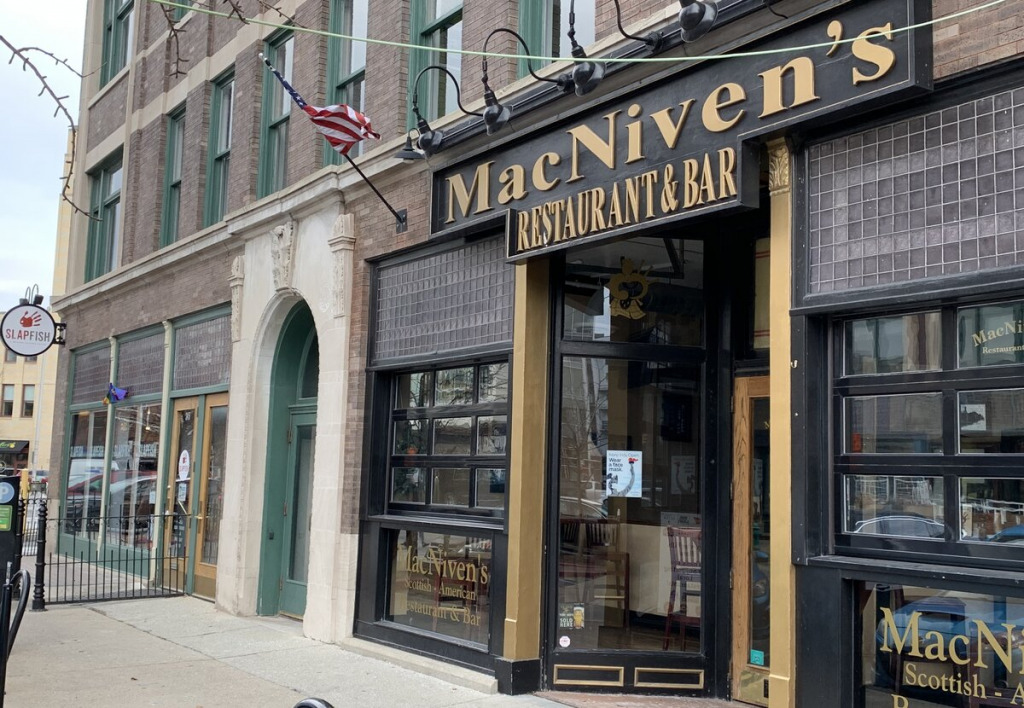 MacNiven’s Restaurant and Bar on Massachusetts Avenue plans to close permanently on Thursday and convert into a raw seafood bar concept.

MacNiven’s has operated at 339 Massachusetts Ave. for nearly 18 years, serving Scottish and American menu items and craft and international beer.

Owner Stuart Robertson plans to partner with Mark Weghorst, owner of seafood shack Slapfish, which is next door to MacNiven’s, to open Raw Bar.

The concept is modeled after one in Huntington Beach, California, where a Raw Bar operates next to a Slapfish restaurant.

It’s expected to open in the spring.

Robertson said in the post that Weghorst will operate the new restaurant while his main focus will be on The Harbour, a British fish and chips stand slated to open in February at The Garage in the Bottleworks District. MacNiven’s menu items will eventually be available at The Harbour.

“MacNiven’s has enjoyed an incredible run since 2003, witnessing Mass Ave evolve into what it has become and will continue to be: a growing and thriving dining and entertainment district,” the Facebook post reads. “We have had the distinct pleasure of serving both locals and visitors alike over the years, enjoying the company of many regulars and making good friends along the way.”