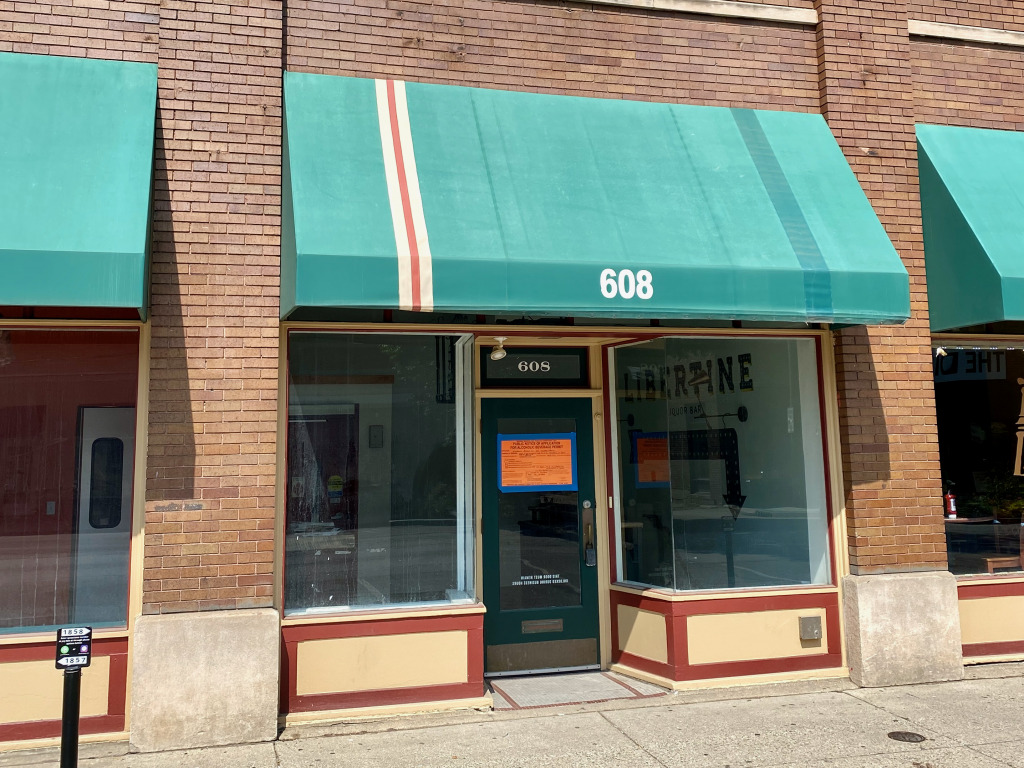 Already the owners of a secretive speakeasy in the Fountain Square Theatre Building, Dan and Anna Cage plan to open a subterranean Mass Ave cocktail bar in early 2023.

Nowhere Special, 608 Massachusetts Ave., is slated for the former location of Libertine Liquor Bar, which did not reopen after the pandemic’s era of stay-at-home orders.

Dan Cage, a former Bishop Chatard High School basketball standout who played at Vanderbilt University and then professionally in Europe, said he gravitates to bars that are off the beaten path. It’s a habit he picked up while taking vacations with his brother, Greg Cage, who played basketball at the University of Alabama after his days at Chatard.

“Whatever town we were in, we’d want to go discover the favorite cool spot for locals—not just the tourist-y spots or the places everybody can read about online,” Dan Cage.

The Commodore, which opened last November inside the Fountain Square Theatre Building, features no easily specified entrance. The Libertine, which originally opened in 2011 at 38 E. Washington St., made headlines when pop star Katy Perry celebrated at the bar after performing at Victory Field during Super Bowl weekend in February 2012.

In 2015, Libertine founder Neal Brown moved the bar to its Mass Ave location underneath his Pizzology restaurant (which closed in 2017).

Cage gained approval for a beer, wine and liquor license for 70-capacity Nowhere Special during the Sept. 6 meeting of Marion County’s Alcoholic Beverage Board. Leasing negotiations for the bar are being finalized, Cage said.

Food will be available at Nowhere Special via a small-plate menu, and Cage emphasized a goal to hire the city’s best bartenders for the Commodore and Nowhere Special.

“We’re very proud of our staff, and that’s what we build the business on: finding the most creative, passionate, hard-working and fun bartenders,” said Cage, who previously worked as an assistant basketball coach at Vanderbilt and the University of Pittsburgh.

Anna Cage is the daughter of Gino Pizzi, who opened the original Ambrosia restaurant in 1979. Dan and Anna Cage purchased a controlling interest in Ambrosia, 5903 N. College Ave., in 2019. In February, Anna Cage was promoted to the role of vice president of radio promotion for country music label Warner Music Nashville.

The Commodore and Bocca, 122 E. 22nd St., each opened during the pandemic.

“It took a little bit of courage and some luck, but we’re up and running,” Dan Cage said.