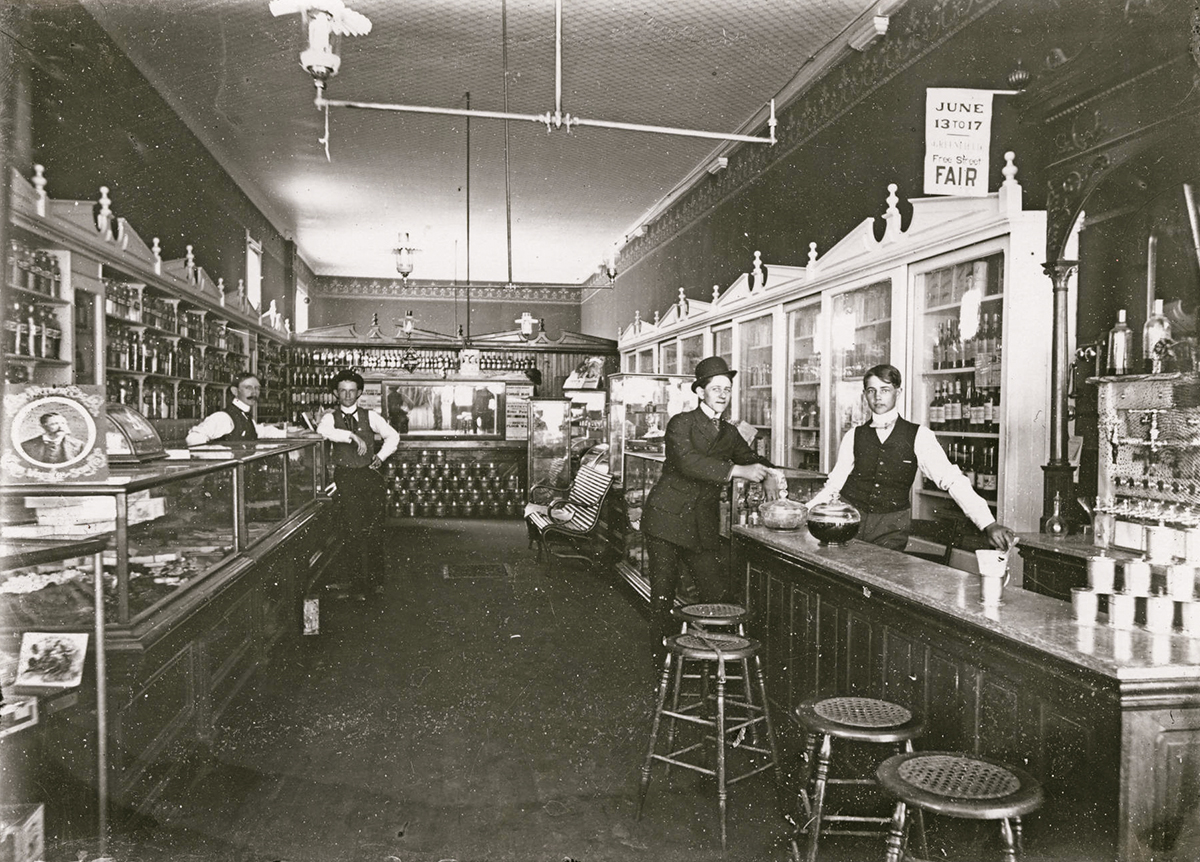 What would become the Gooding Tavern was built, at least in part, in 1832 by Joseph Chapman at the southwest corner of State and Main streets in Greenfield. Chapman sold the property to James B. Hart, who sold it to Asa Gooding, who was traveling by horseback looking for property to buy along the National Road. According to the “History of Hancock County, Indiana” by George Richman, the Hart-owned building was “the finest house on the National Road between Dayton [Ohio] and Terre Haute.” Gooding then expanded the building, and he and his wife operated taverns and an inn there or rented the space to others who did. The building was razed in 1921 and replaced with a Standard Oil gas station. It is now the site of Greenfield City Hall.

Credit: This photo is courtesy of the Indiana Historical Society and is part of the Mitchell Printing Co. Collection. More images are available at images.indianahistory.org.