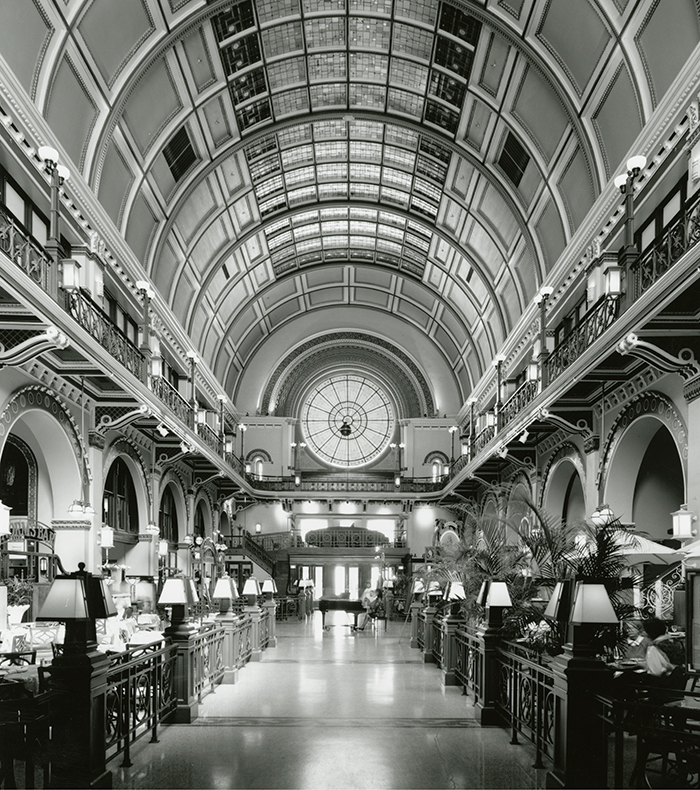 Pictured is the Grand Hall at Union Station in the 1990s, more than 100 years after its construction. At its height, some 500,000 people passed through each month to board the 200 trains that came through daily. The station, designed by Thomas Rodd of Pittsburgh, opened in 1888. It replaced a nearby structure, built in 1853, that was considered the first union station in the U.S.. The 1888 station was renovated in 1986, when much of it was turned into a mall named The Festival Market Place. The western section of the train shed was converted into a Holiday Inn, which has been the Crowne Plaza Indianapolis since 1996. The head house is a popular venue for weddings and events.

Credit: The image is courtesy of the Indiana Historical Society and is part of the Indianapolis Bicentennial Collection. More images are available at images.indianahistory.org.

Correction: This post originally had the wrong era for when the photo was taken. According to the Indiana Historical Society, it was taken in the 1990s. You can see all of our corrections here.

One thought on “Memory bank: Union Station’s Grand Hall in the 1990s”