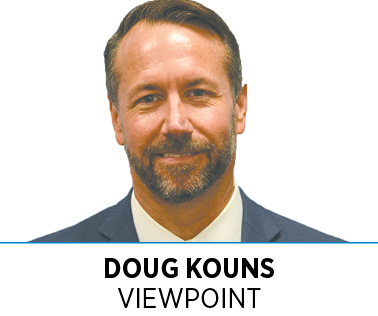 I received a call the other day from my public relations representative. “Can you be available to speak on TV about the El Paso shootings?” I told her I was and looked at the news to study up just in case. It struck me that, in less than a year of retirement from the FBI, I have been asked to weigh in on mass shootings three or four times. In the meantime, another mass shooting happened, this time in Dayton.

When talking to anyone about the state of our nation, I have always avoided political questions and stuck to investigative perspectives, survival strategies, risk management and prevention.

Today, I will suspend that rule.

I’m all for responsible gun ownership. I own a couple of shotguns and rifles for hunting and a couple of handguns for protection. The difficult part is determining what “responsible” means. It is subjective and wide open to interpretation. Furthermore, one who is “responsible” now might not necessarily remain so indefinitely.

About 23 years ago, I successfully completed the FBI’s rigorous entrance process, including physical and psychological assessments. I learned from the FBI, after hours and hours of training, how to safely handle and proficiently use a variety of firearms.

We spent hours in the classroom and on the range. We shot while stationary, moving, and at day and night. We practiced reload drills and malfunction drills. We shot weak handed, two handed, one handed, under stress, while moving, from cars, from cover and more. We also practiced with the Firearms Training System in “shoot/ don’t shoot” scenarios. Make the wrong move and get shot—or shoot someone you shouldn’t have.

In the field, agents are required to qualify quarterly, but training is provided monthly. An agent who fails to qualify four times a year may have his weapon taken away until remediation. This is responsible gun ownership, according to the FBI.

The above brings me to wonder why practically anyone in the United States without a criminal record (and sometimes those who do) can fill out a form and purchase about whatever gun they choose.

No tests are given, no proficiency qualifications, no psychological assessment. “Got a clean record? Here’s your gun; you’re clearly qualified to have one (note my sarcasm).”

If you’ve never committed a crime thus far, why would anyone think you ever will? I won’t even get into why many “background checks” are a joke.

Gun rights advocates will say, “But the constitution … !”

The “right to bear arms” in the Constitution was written well over 200 years ago. Guns then were big, inaccurate and fired about three to four rounds per minute. Our Founding Fathers couldn’t have fathomed or condoned what has become of us.

I submit that we are all entitled to as many muskets as we want, but modern weapons demand modern rules.

Responsible gun ownership. Let’s define it, mandate it and adhere to it.•

Kouns is a former FBI agent and the CEO and founder of Veracity IIR.