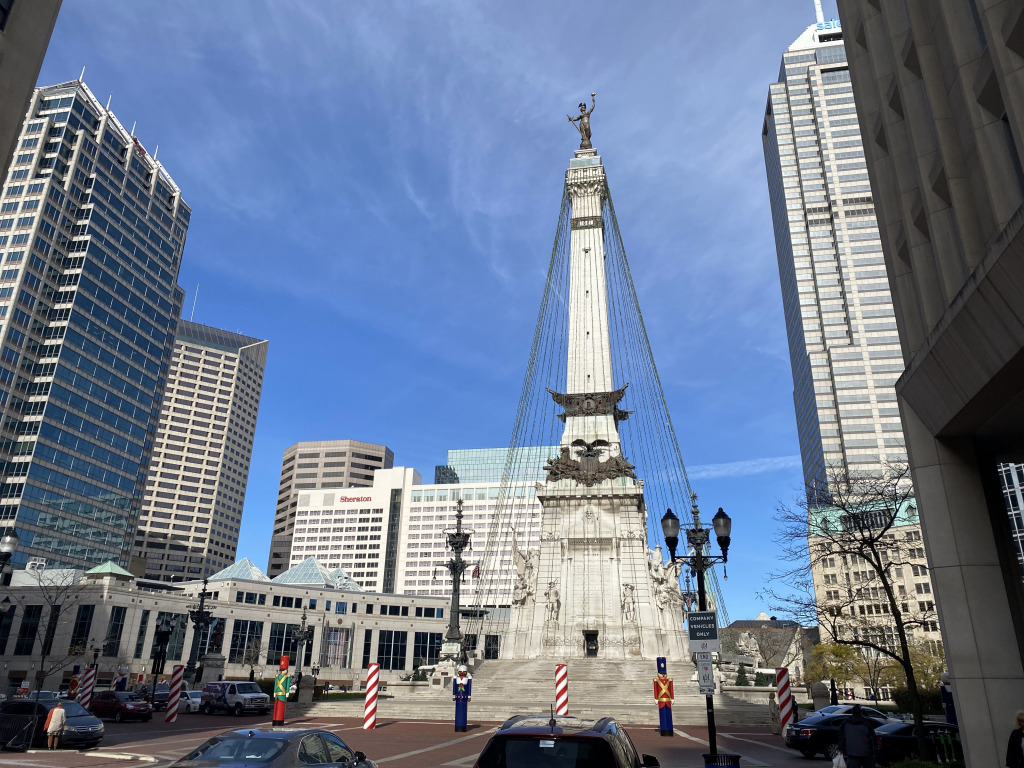 The big game will be played indoors at Lucas Oil Stadium, but concerts to accompany the College Football Playoff National Championship are scheduled Jan. 8-10 in the open-air setting of Monument Circle.

Concerts on Saturday, Jan. 8, and Sunday, Jan. 9, are billed as AT&T Playoff Playlist Live! Performances are scheduled from 5-11 p.m. each day.

The Monument Circle event on Monday, Jan. 10, which is game day at Lucas Oil Stadium, is billed as Allstate Championship Tailgate Plaza. Performances are scheduled from noon-5 p.m.

Doja Cat and AJR will perform on Jan. 8. Twenty One Pilots and Ava Max are set for Jan. 9. And Sam Hunt and Breland will perform Jan. 10.

According to the National Weather Service, the average low and high temperatures in Indianapolis for Jan. 8-10 are 21 and 36 degrees, based on data collected from 1991 to 2020.

Miami hosted the championship game in 2021. Because of the pandemic, no large-scale in-person concerts were presented. A virtual concert starring Jason Derulo served as the AT&T Playoff Playlist Live! Event.

Similar to the 2021 College Football Playoff National Championship, this year’s NCAA men’s basketball tournament in Indianapolis featured no large-scale, in-person concerts. The Swish arts and culture festival, however, blanketed Downtown with visual art and hundreds of performances by musicians, dancers and spoken-word artists.