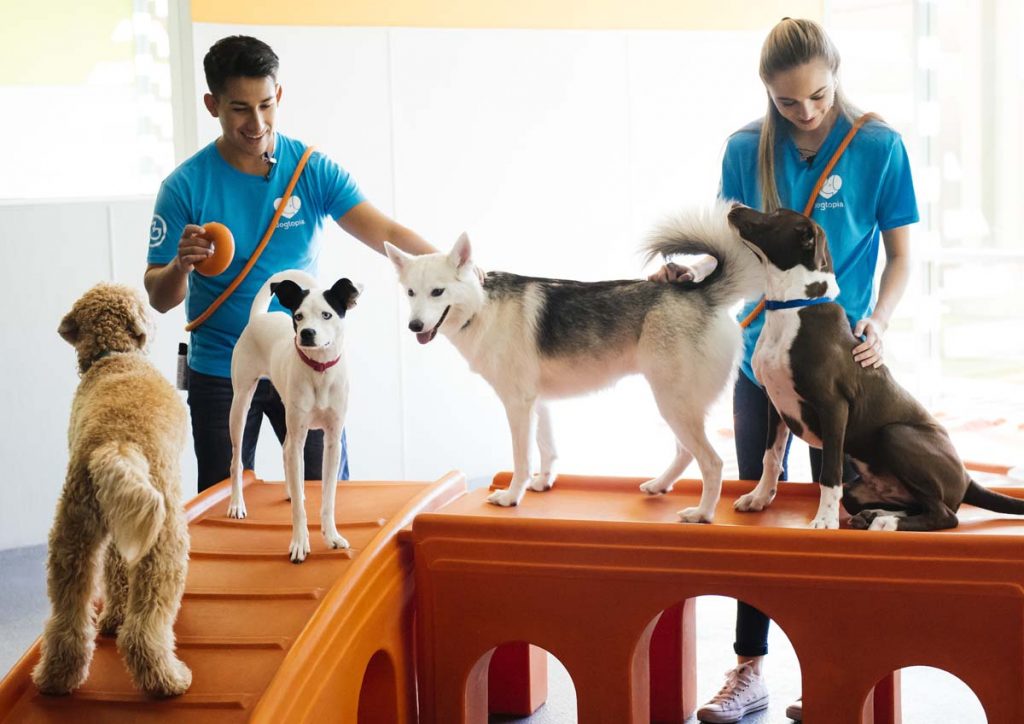 A Dogtopia location in Scottsdale, Arizona. (Image courtesy of Dogtopia)

Dogtopia, a national chain of dog daycare, boarding and spa franchises, plans to open its first location in Indiana this month, the company announced Thursday.

The facility is scheduled to open Nov. 25 at 9445 N. Meridian St. on the north side of Indianapolis.

Dogtopia, which has more than 115 locations across North America, will join a growing number of dog daycare centers in the area.

Locally, the newcomer will face competition from Barkefellers, which was founded in 2009 and has three area locations, with plans in the works for two more.

Dogtopia of Meridian North is owned by franchisees Morgan Bissell, Brandon Bissell and Adam Bissell of 5thGen LLC, who own Dogtopia locations throughout the Midwest.

The facility will be led by General Manager Alaina Holcomb, an animal science graduate from Purdue University.