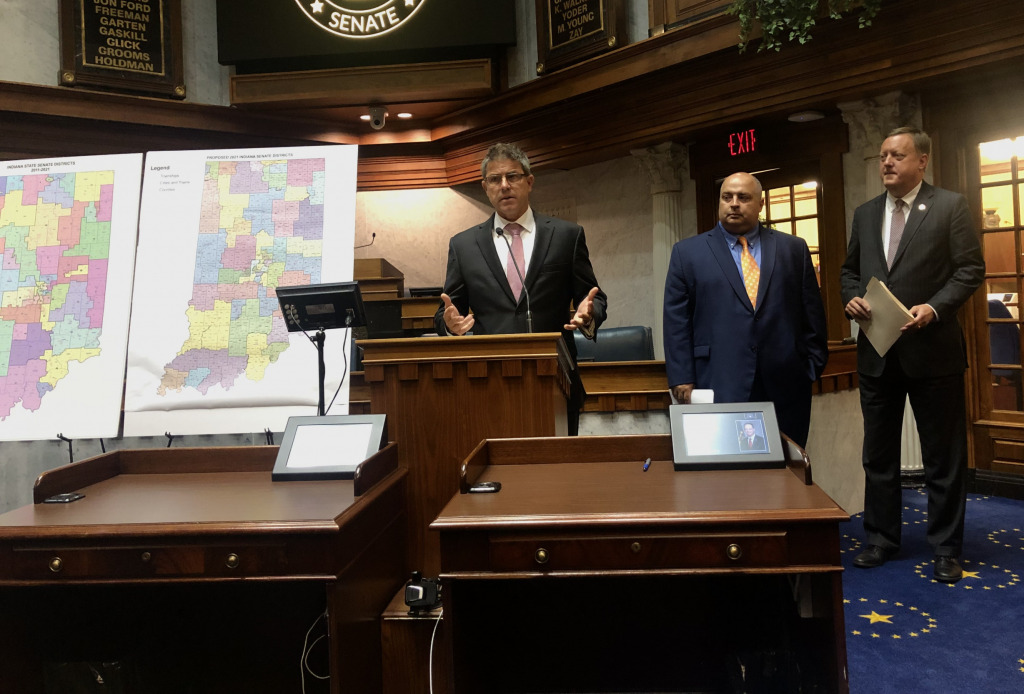 The new district would include the center of downtown, along with Fountain Square and Irvington.

While the district’s creation likely would allow Democrats to pick up a Senate seat, the redistricting plan appears otherwise unlikely to have any significant impact on Senate Republicans’ 39-11 supermajority.

With the Senate Republican plan in hand, the GOP-controlled legislature is expected to approve new maps for all Indiana congressional and state legislative districts by the end of next week.

The new Indianapolis Senate district would be created in part by shifting districts in southern Indiana along the Ohio River, especially District 46 now represented by Republican Sen. Ron Grooms of Jeffersonville.

Grooms plans to retire at the end of his term next year, so he would not be affected by the change.

“This was an idea to follow the population of the city,” Bray said. “District 46, I believe, put some communities of interest together.”

The new Indianapolis district would in a cluster with two typically solid Democrat-held districts, 33 and 34, in downtown, meaning Democrats could gain a seat in the Senate with the proposed maps.

This district would be one of four open seats under the proposed Senate maps. The other districts would be 1, 23 and 26.

Senate Republican leadership said Tuesday that the proposed map meets all state and federal guidelines, while also taking public comment into account by keeping many communities of interest together.

Whole counties contained in one Senate district increased from 49 to 65. About 96% of all townships were kept whole and 92% of all cities and towns were kept whole, GOP leaders said.

A concern brought up at the public hearings across the state last month was the number of Senate districts that jut from Marion County into surrounding counties.

“We tried to get that back up into Hancock County. The area is a little difficult, given the numbers,” Bray said.

Former Republican Sen. Beverly Gard, who used to represent District 28, told IBJ in July the district was changed up in 2011 to dilute Democrat votes from Warren Township.

Two Republican-controlled districts that straddled Johnson and Marion counties would be made more compact.

Greenwood was split into four different districts under the new map drafts.

Johnson County likely became a “seam” where multiple districts come together due to its geographic location just south of Indianapolis, and the increased population in the area, said Sen. Eric Koch, R-Bedford, who took part in the map-drawing.

A few incumbents drawn into one district is common in redistricting because of population shifts. Bray said other than Grooms, no other senators have announced their retirements.