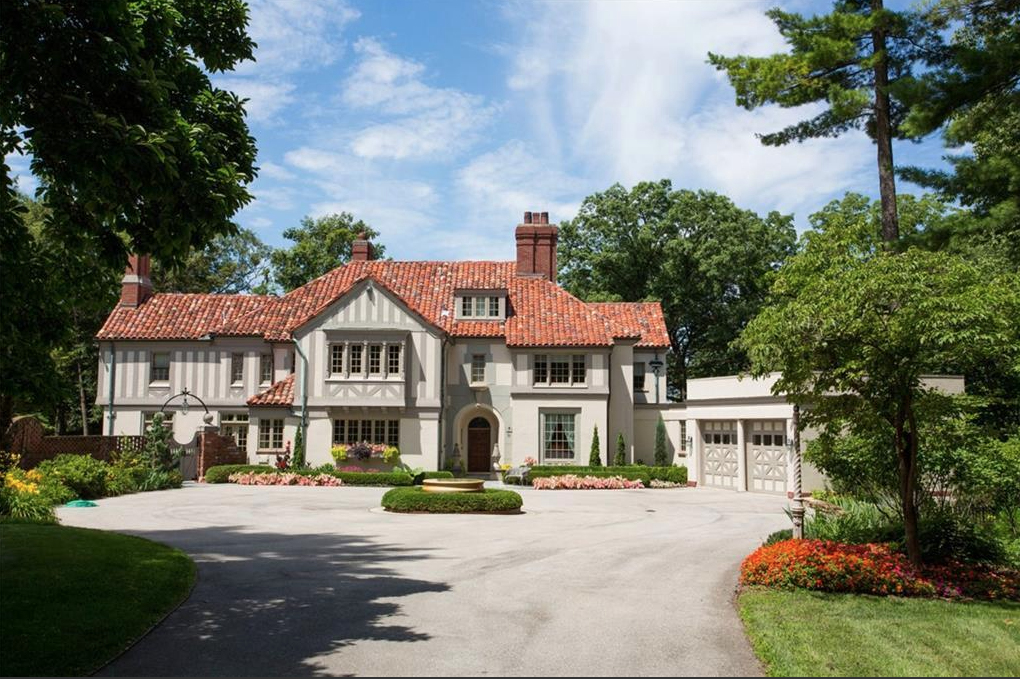 After just a few days on the market, the Newfields-owned Westerley house and gardens in the Golden Hill neighborhood has a likely buyer.

The museum accepted an offer for the home at 3744 Spring Hollow Road that was above the $2.2 million asking price earlier this week. The property was listed Friday.

Pegg Kennedy, a broker with F.C. Tucker who has the listing, declined to disclose the offer price or the name of the would-be buyer, citing confidentiality reasons. Similar homes in Washington Township have sold recently for nearly $4 million, she told IBJ earlier this week.

However, she said the buyer is a patron of the arts who “evidently knew the property very well and had been there many times.”

The four-bedroom, eight-bathroom Tudor-style house—built in 1922 and used for events and to house the museum’s leader—was put up for sale after Newfields decided in January it would be best to put resources expended on that property to other uses on its campus. The 9,500-square-foot house on a 3.45 acre lot had not been on the market since the 1930s.

Newfields said in a statement earlier this week it plans to put the proceeds from the sale toward a new, $20 million endowment meant to “enhance representation in exhibitions and programming through new acquisitions of art” created by artists of color and marginalized backgrounds.

The endowment was created in the aftermath of the highly-publicized departure of Newfields President Charles Venable, who resigned in February following a race-related controversy. The sale of the Westerley was already in the works before his resignation.

Kennedy said Venable “had wanted to move out” of the house last year, as part of Newfields’ efforts to reduce costs and provide a less-public residence for its chief executive.

The property was donated to the Indianapolis Museum of Art—now Newfields—in 2001 by the Clowes family, whose permission was required to sell the property under the terms of the bequeathment, Kennedy said.

The original owner of the house was Josephine Raymond Doud. She purchased the land in 1922 and hired Jens Jensen to develop its English-style landscape design and Frederick Wallick to design the house, according to The Cultural Landscape Foundation

In the 1930s, George Clowes, then research director at Eli Lilly and Co., and his wife purchased the estate and named it “Westerley” (they maintained a house in Massachusetts called “Easterly”), according to the Indiana Historical Society. The couple purchased property next door in 1944 to expand the gardens and later passed the estate to their son, Allen, who worked with an architect to restore the gardens.

The property includes the two lots, one with the house and the other with the expanded garden, and overlooks the White River and Central Canal. The grounds include courtyards, walled gardens and a greenhouse, as well as two garages—one with a carriage house, including bays for six cars.

The house features a wood-paneled library, second-floor living space and a master suite with two of the seven fireplaces, according to the listing.

Newfields does not pay property taxes on the estate because of its not-for-profit status.

A photo gallery of the property can be found here.