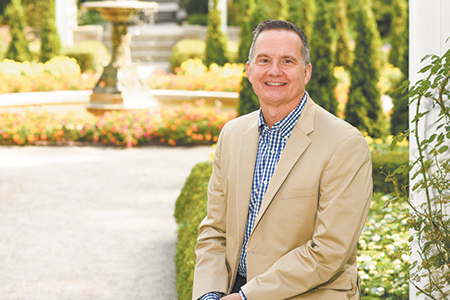 The president of Newfields resigned from his position Wednesday amid mounting staff and community criticism over a controversial job listing for the Indianapolis Museum of Art that described a need to attract a more diverse set of patrons while “maintaining the museum’s traditional, core, white art audience.”

“This morning, we accepted Dr. Charles Venable’s resignation as President of Newfields,” the board of trustees and board of governors of Newfields said in a statement. “We thank him for his service and agree that his resignation is necessary for Newfields to become the cultural institution our community needs and deserves.”

Venable, 60, has faced mounting pressure to step aside since the job posting for a new director of the museum went viral on social media on Friday. More than 85 Newfields staffers and stakeholders signed a public letter Tuesday calling for his ouster. That followed a similar, open letter signed by more than 1,800 people, including patrons and members of the local and national arts community.

Newfields officials declined to conduct interviews on Wednesday but apologized in a long statement that promised changes.

“We are sorry. We have made mistakes. We have let you down,” the statement said. “We are ashamed of Newfields’ leadership and of ourselves. We have ignored, excluded, and disappointed members of our community and staff. We pledge to do better. For those expressing outrage and frustration—we are listening.”

In the statement, the officials said they would:

The statement also said the boards, full staff and volunteers would participate in “ongoing anti-racist training using a developmental approach and assessment.”

Venable was originally hired in 2012 as the Melvin & Bren Simon Director and CEO of the Indianapolis Museum of Art, replacing Maxwell Anderson, who left the IMA to become director of the Dallas Museum of Art.

In 2015, he oversaw the rebranding of the museum and its spacious gardens and grounds as Newfields, which was intended to heighten the profile of its outdoor amenities. Under Venable’s watch, the facility created new annual events that took advantage of the grounds, such as Winterlights.

On Feb. 3 of this year, he took on the role of president of Newfields as part of an executive reorganization that created a separate role for a new museum director.

Venable’s role as president focused on mid- and long-term planning, along with fundraising and management of organization’s finances, operations, marketing and advancement departments. Additionally, Venable was expected to oversee “important diversity, equity, inclusivity and accessibility efforts.”

Newfields was in the midst of searching for the new museum director when the job listing came under fire over the weekend for expressing the goal of maintaining a core “white” audience, even while working to attract more diverse patrons.

The museum, which on Saturday issued a statement expressing “deep regret” for the language, said the original job description came out of an effort to be “truly inclusive.”

The Tuesday letter signed by at least 85 Newfields staffers and stakeholders alleged some employees pushed back on the wording during an all-staff meeting in January, before it was posted publicly. The letter claims Venable and Laura McGrew, senior director for guest experience and human resources, defended the language.

In the letter, staff members said they spent four hours Monday “listening to members of senior leadership attempt to explain themselves, their actions, and their plans” but that staffers only felt “more distrustful and confused” about their future in the wake of that meeting.

In addition to asking Venable to step down, the letter had other demands, including the cancellation of Newfields’ job contract with search firm mOppenheim; the restructuring of human resources to make it an independent unit within Newfields; and a reevaluation and expansion of the boards of trustees and governors to make them more representative of the community and include representatives from Indianapolis Public Schools, nearby neighborhoods and other arts organizations.

Venable recent told IBJ that he had been working with the Newfields board “to figure out ways how to broaden and diversify the audience for Newfields, as well as how we can do our share in terms of the city to make Indianapolis more of a tourist attraction than perhaps it’s been in the past.”

Events like Winterlights and a new Harvest festival were been part of that effort. But he said that “it has been harder to figure out new ways to try to attract more people and more diverse people into the art museum itself.”

GangGang called for Newfields to cancel the exhibition and apologize to participating artists. The firm also indicated it plans to move forward with a Black-led art exposition of its own this summer.

Shamira Wilson, one of the artists commissioned for the DRIP exhibition, told IBJ on Wednesday the artists associated with the exhibit had collectively decided to withdraw from the showcase.

“As a group, we’re not participating until [community] demands have been met,” she said. “Personally, I don’t plan to participate either, so I’m focusing on some other products that I have coming up, and as a group, we’re redirecting our focus and moving forward.”

The controversy over the job posting comes about six months after an Indianapolis Museum of Art curator—a Black woman who was recruited to help diversify the museum’s collection—resigned and accused the museum of discrimination.

Kelli Morgan, who held the title “associate curator of American art,” called the museum’s culture “toxic,” according to a story in The Indianapolis Star posted July 18.

Newfields did not provide any details on when it plans to begin searching for a new president—or the steps that will be taken in drafting a job description for the posting.

Venable had his share of supporters and critics during a tenure in which he made significant changes. When he arrived in 2012, the museum was free to the general public (excepting special exhibitions, some programs and parking), as it had been for all but one of the previous 65 years.

However, Venable—who previously served as director of the Speed Art Museum in Louisville—believed the model was unsustainable, in part because the museum was annually drawing down about 8 percent of its endowment, which had fallen from $393 million before the recession to $266 million when he arrived.

Venable’s boldest effort to rebalance the books was instituting an $18 admission fee in April 2015, which included blocking most of the upper campus grounds to non-payers and funneling visitors through the main building.

He also changed the museum behind the scenes. Following his hire came a management shakeup, staff layoffs and an exodus of curators—including Lisa Freiman, chairwoman of the Contemporary Art Department, who largely crafted the 100 Acres Nature Park collection; and Sarah Urist Green, curator of contemporary art, who went on to create “The Art Assignment” for PBS.