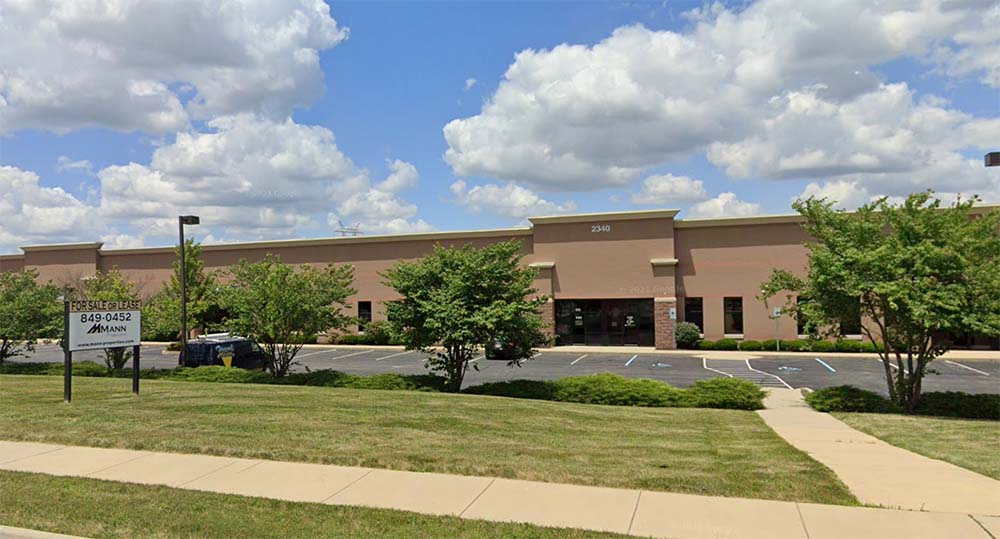 The 33,673-square-foot building at 2340 E. Perry Road in Plainfield was among the buildings that sold to Stos Partners and Cardinal Industrial. (Photo courtesy of Google)

A pair of Southern California real estate firms has purchased a hefty portfolio of commercial buildings at 12 locations across central Indiana for $98 million.

Stos Partners and Cardinal Industrial bought the properties—which total just over 1.1 million square feet—in a deal with Indianapolis-based Mann Properties LP that quietly closed in late 2021. The portfolio consists of 34 buildings across Indianapolis, Fishers and Plainfield.

The portfolio is about 95% occupied, with most of the properties originally developed by Mann over the past 50 years. Tenants at the various buildings include a Books & Brews, a gymnastics center, multiple martial arts studios and various service providers like a closet designer, tree removal firm and chiropractic care office.

Most of the properties are classified as either Class B or Class C.

The properties were purchased through an off-market deal, led by Alex Davenport and Alex Cantu of Colliers International’s Indianapolis office. The deal was the single largest transaction in central Indiana in 2021, according to the Indianapolis Business Journal’s list of commercial property sales.

The properties are located at:

The firms plan to invest an undisclosed amount for capital improvements to the buildings, including upgrading the look of the properties, said CJ Stos, principal of Stos Partners.

“These updates include roof and parking lot upgrades, along with the improvement or addition of integrative amenities,” he said. “Our capital improvements will aid in growing the income of this portfolio overtime, resulting in significant value creation.”