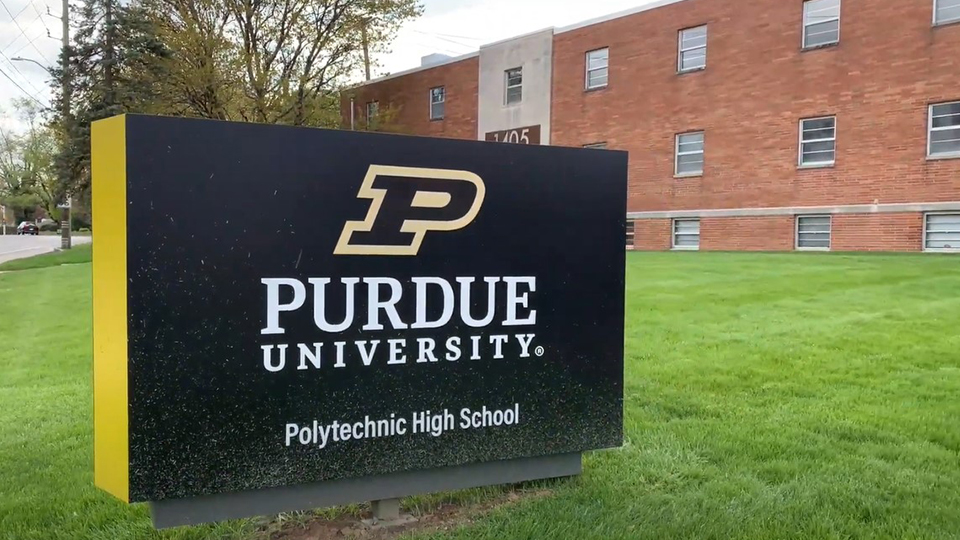 One of the city’s most popular charter schools was denied a request to open a new Marion County location during a boisterous public hearing that went on for hours Tuesday night.

Purdue Polytechnic asked the Indianapolis Charter School Board to authorize an application to replicate its high school model in Pike Township. If approved, it would have been Purdue’s third high school in Indianapolis and the first charter school to open in the northwest township.

Another charter operator, Believe Schools, which runs a high school in the Crown Hill neighborhood, won the board’s support to open another school for grades 9-12 initially intended for Pike Township—but it’s now uncertain where and when that school would open.

Leaders of both charter schools faced vocal and rambunctious opposition from Pike Township parents and school staff who criticized their limited attempts to make connections in the community and praised the academic offerings at their own district high school.

Board Chairman Steven Stolen repeatedly asked the packed room at the City-County Building to quiet down and behave respectfully.

Exuberant supporters, mostly current students and parents of both charter schools, extolled their positive experiences in the classroom and support from staff. One student urged the board to approve the replication requests and asked the audience “to be open minded” about offering students more education options.

The operators said their goals were to increase academic opportunity for Black and brown students, and get them admitted and to succeed in four-year colleges, like Purdue University.

“If we want to get a different outcome from what’s been present in the state for decades and decades, you have to change the idea of high school,” said Scott Bess, Purdue Polytechnic’s executive director. “And that’s what we’ve done.”

But after a three-hour hearing, Purdue’s replication application was denied in a 3-3 vote to approve, because five votes are required for approval. Two board members were absent and one board seat is vacant. After the vote, board member Briceida Ortega left the meeting.

More than an hour later, Believe’s replication application was approved 5-0. But it’s yet to be seen what happens next. Before the vote, Believe founder Kimberly Neal-Brannum said she was no longer set on a Pike Township location, and it could be until 2024 or 2025 when the proposed school for grades 9-12 opens.

“Our feet are not in the sand in regards to which community we go to,” she said, adding later that,“Our goal is to figure out where we are needed in the city based on our student demand.”

Neal-Brannum also said she won’t expand Believe schools unless there is strong academic results, such as growth in students’ SAT scores, at Believe Circle City High School—the school she opened in 2020-21. Board member Jasmine Jackson asked what happens if the achievement isn’t there in the next few years.

“Which sounds problematic,” Adams said, as some in the crowd responded in agreement. “Primarily because, there are some key people here in the room today that I think would have had a better sense of who you are, had they had the chance to speak to you prior.”

Shatoya Ward, Purdue Polytechnic chief of school operations, said they attempted to reach members of the Pike Schools Board and offered to discuss a partnership with the district. Ward said the board members declined the invitation.

Later, Neal-Brannum told the board she had chosen not to do community outreach until a charter was approved and she was clear on where in Marion County the school would be located.

The proposed Believe: Pike Academy would offer an early college and career preparatory with a gifted and talented program. The application proposed opening with 75 students in the ninth grade and adding one grade each year. The maximum enrollment would be 270 students.

Purdue Polytechnic had proposed to expand its project and individualized curriculum and enroll 500 students in the next seven years at an unidentified location in Pike Township.

This week, Purdue Polytechnic North High School could reach a deal with Indianapolis Public Schools to find a long-term home in Broad Ripple High School. The north-side school opened in 2019 and previously operated in a private building in the Broad Ripple neighborhood.

Purdue also operates a high school in the Englewood neighborhood and another in South Bend.

Bess and Neal-Brannum said they were interested in Pike Township because of the number of students there that already seek school options outside of MSD of Pike Township.

Last year, around 1,700 students who reside in the Pike Township schools boundary chose to attend a different school. According to the state’s most recent Public Corporation Transfer Report, 400 students picked a charter school, 568 students chose another school district, and 740 students used the state’s voucher system to attend a private school.

Charter schools are public schools that are granted a contract to operate by one of several authorizers in Indiana, including the Indianapolis mayor’s office. Charter schools receive direct per-student funding similar to traditional school corporations and are eligible to receive additional per-student grants. But they don’t receive property tax funds to cover transportation or facilities.