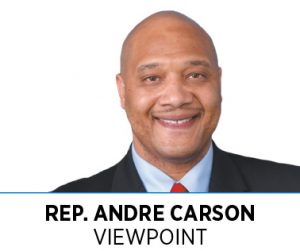 Last year, as we continued to face the pandemic, Congress passed a historic expansion of the child tax credit that reduced child poverty by more than a third.

Now, this expansion is no longer available. We must act quickly on both sides of the aisle to ensure families across the country get some much-needed relief.

The legislation also expanded the eligibility for the full child tax credit to include families with the lowest incomes for the first time, increased the dollar amounts families would receive and made it fully refundable.

Sharvonne Williams, a member of Results, a Washington, D.C.-based advocacy organization of everyday people working to end poverty, saw the impact of the expanded child tax credit firsthand. “The child tax credit has been an extraordinary asset for my family,” she says. “As a caregiver for my younger brother, I often struggled with coordinating schedules to get him to school and work. Using the expanded CTC, my brother was able to purchase his first car. This allowed him the independence to take himself to work and to school. It was truly a sigh of relief to have reliable transportation for him.”

Without the expanded child tax credit and monthly payments, Sharvonne’s family would have continued to struggle with maintaining her teenage brother’s employment. There are countless similar stories and the data to back them up: Almost immediately after child tax credit monthly payments ended in December 2021, monthly child poverty increased 41%, according to Columbia University researchers.

At the same time, Hoosier households are enduring increased monthly costs, and it is becoming more difficult for families to meet basic needs. This financial strain jeopardizes family stability and the ability to work, with 1.4 million parents leaving the workforce after the child tax credit monthly payments ended.

Recently, I signed a letter urging all my colleagues to provide much-needed relief and tax breaks to working families, especially as big businesses enjoy the same benefits. I believe that any tax breaks for large corporations should be tied to a child tax credit expansion. If we can afford to give corporations billions of dollars in tax breaks, we can afford the same for struggling families trying to make ends meet.