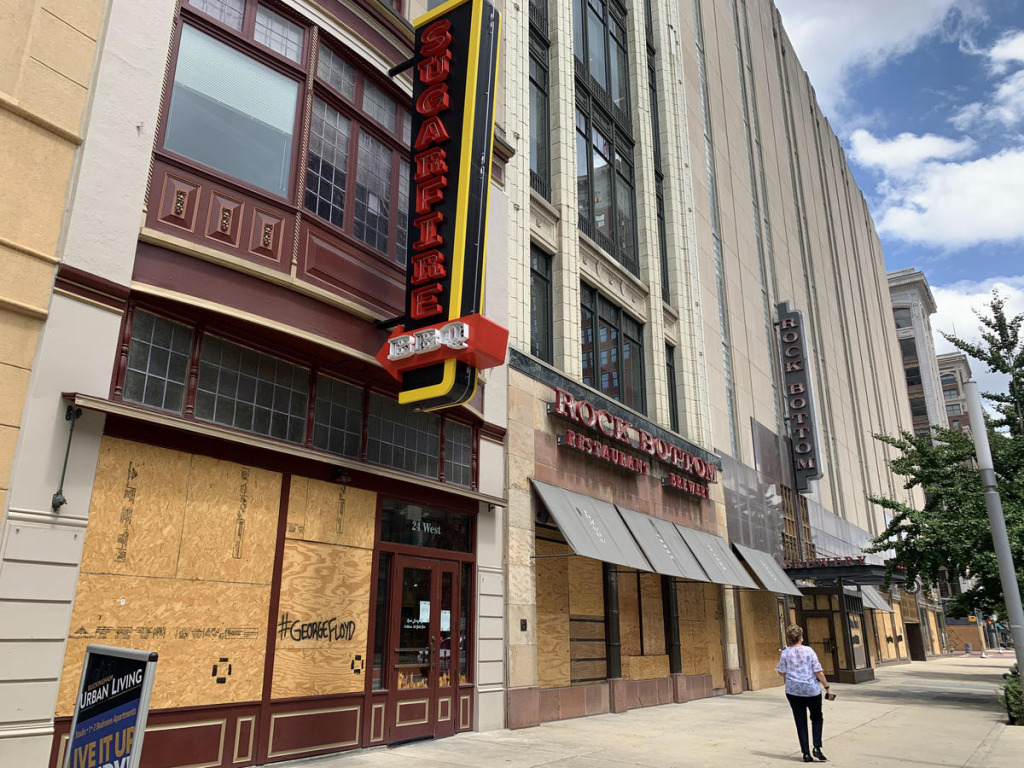 Sugarfire BBQ and Rock Bottom are among the downtown restaurants that closed permanently after being shut down due to the pandemic. (IBJ file photo)

More than 110,000 restaurants have closed permanently or long-term across the country as the industry grapples with the devastating impact of the COVID-19 pandemic. And more pain is ahead, with a potential shutdown of indoor dining in New York City just as the temperatures drop.

The nationwide tally—representing one in six U.S. eateries—is among the findings of a survey released Monday by the National Restaurant Association. The figure was up from about 100,000 shutdowns in a September survey. The Washington-based trade group shared the latest results with Congressional leaders in an attempt to secure financial support for a sector rocked by rising costs and falling sales.

“The restaurant industry simply cannot wait for relief any longer,” Sean Kennedy, executive vice president of public affairs at the association, said in a letter to Congress. “What these findings make clear is that more than 500,000 restaurants of every business type—franchise, chain and independent—are in an economic free fall.”

As people continue to stay and eat at home and new indoor dining bans emerge across the country, restaurateurs have struggled to keep up sales, with many of the hardest-hit areas in states such as New York and Illinois. Almost 90% of full-service restaurants in the survey reported declines, with revenue falling 36% on average.

Expenses are also climbing amid the pandemic, with 59% of operators saying their total labor costs as a percentage of sales are higher than they were pre-pandemic.

The industry has pleaded for aid, with many pinning their hopes on the Restaurants Act, which would establish a $120 billion fund to help restaurants, as well as a second draw of the Paycheck Protection Program.

In the meantime, the sector faces dire prospects. Thirty-seven percent of operators say it is unlikely their restaurant will still be in business six months from now if there are no additional government relief packages, according to the survey. More than one in three operators are considering temporarily closing until conditions improve.

With COVID cases on the rise, New York Gov. Andrew Cuomo, a Democrat, said indoor dining would be shut down in New York City and reduced across the rest of the state if the regional hospitalization rate has not stabilized after five days.

The pain is felt among publicly traded chains as well as independent establishments. An S&P index of restaurant stocks fell as much as 1.3% Monday, with Dave & Buster’s Entertainment Inc., BJ’s Restaurants Inc. and Cheesecake Factory Inc. among the biggest decliners. Each have relatively large exposure to California, which continues to be rattled by lockdowns, wildfires and forced power outages.

“It’s hard to look past the current very difficult restaurant industry sales and traffic trends for rays of industry sunshine,” Telsey Advisory Group analyst Bob Derrington wrote in a note. He expects sales trends to remain “volatile” into 2021 as more states and municipalities are “once again cracking down on social gatherings including dining in bars and restaurants.”

One thought on “Restaurant closings top 110,000 with industry in ‘free fall’”