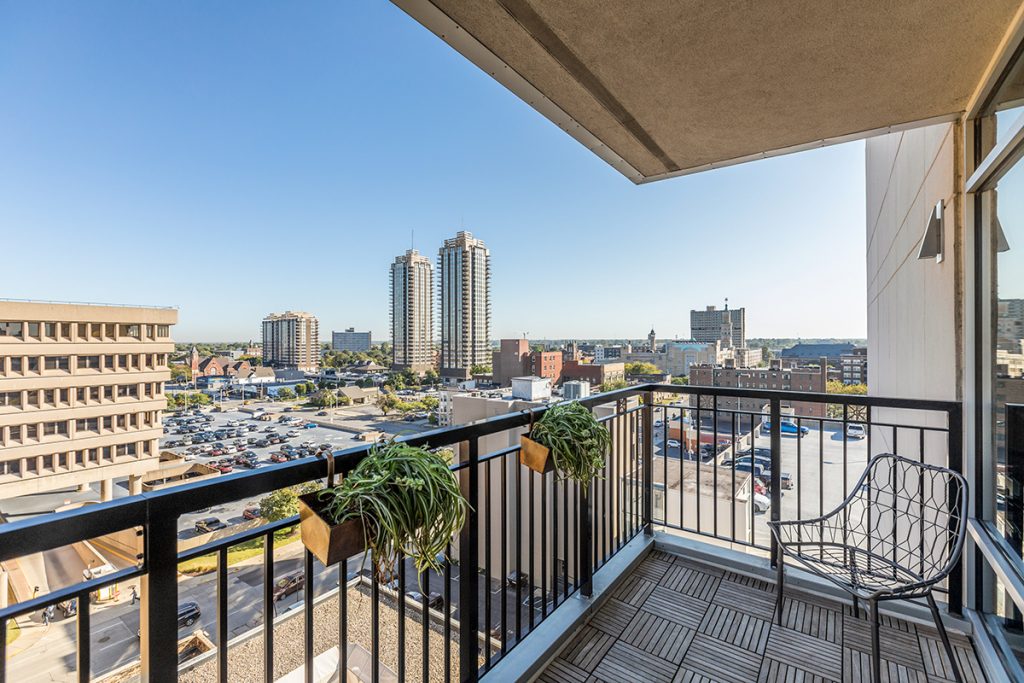 The Tegethoffs added teak to the balcony floor. (Photos courtesy of Everhart Studio)

When Jeff and Anna Tegethoff first walked into the eighth-floor condo at The Residences at 429, they were expecting to find the kind of high-end finishes that would be typical of such a high-end location.

Yes, the two-bedroom, two-bath condo at 429 N. Pennsylvania St. had a balcony with a beautiful view of the Indiana War Memorial and American Legion Mall. It was just steps from Mass Ave, while still offering the kind of privacy and security reserved for buildings with high-profile residents.

But the 1,628-square-foot condo also had laminate floors, laminate cabinets and builder-grade fixtures. It was the antithesis of luxury.

“A handful of these [units] were finished in the recession by the developer,” Jeff Tegethoff said. “I think the developer was kind of pregnant with them, and in an effort to just get them sold, they finished them out” with less expensive materials.

Fortunately, Tegethoff—who owns the multifamily development firm Pearl Cos.—knows a thing or two about construction and renovation. So he and his wife bought the condo and launched a 16-month renovation, with the help of Conceptual Kitchens & Millwork in Carmel and design firm Haus Love in Indianapolis.

“We wanted to create an urban oasis,” he said.

The couple loved the building’s architecture—a modern structure placed on top of a historic building, “but it was basically all glass and concrete.” The goal was to complement those modern bones while warming the place up, with raw wood, deep grays and organic materials.

“My wife and I are both plant-based, so there’s no animal products, no leathers or things like that were incorporated,” he said. “There’s not even down feathers. We had synthetic down put in.”

Plus, the couple has a 2-year-old daughter, JoJo, so they needed a space that was “livable” but still “A-plus quality, top of the line.”

The design also needed to work around the family’s art collection. “We wanted all the walls to be museum white to highlight our fine art, but we didn’t want to feel like we lived in a museum.”

There’s an exception to the museum-white walls—in the master bedroom, which features a painting called “Soulmates” by St. Louis-based artist Ted Collier. Tegethoff bought the painting for his wife for their first anniversary, and “we immediately said that we want this to be the cornerpiece of our relationship and our love.”

The large canvas hangs on a wall of black grass-cloth wallpaper, an effort to soften the space. A tufted pale gray headboard with soft pillows and bedding completes the look. But the painting stands out.

“It’s just such a seductive type of feel once you get in there,” Tegethoff said. “And then mixing it with the black doors and black trim just really added a layer of sophistication to the place.”

In fact, much of the home is custom-built—the cabinetry, the closets, even some of the furniture. The dining room features a live-edge wood table “that was cut to fit precisely in that room. Even the sofa is custom-made on the dimensions and materials to perfectly fit in that room.”

The couple—who closed on the home in December 2017—finally moved this April. “We wanted to wait until it was 100% ready to move in,” Tegethoff said.

But now, just six months after moving into the renovated space, the Tegethoffs have moved out and put the condo back on the market.

The decision to sell has nothing to do with the condo and everything to do with work, Tegethoff said. While Pearl Cos. is based in Indianapolis, about 70% of its work is now in St. Louis, forcing him to commute back and forth twice a week.

“It’s just hard being away from my wife and daughter,” he said. “I’m originally from St. Louis, anyway, so this is kind of heading back to home. I have a great infrastructure set up in Indianapolis for my company, so we’ll still maintain an office in Indianapolis.”

He calls the move “bittersweet.”

“We will miss this location,” he said. “Having a 2-year-old and living downtown has been fantastic. My wife can walk to the library with her. We can walk to Mass Ave to have brunch on the weekends. It’s a short drive to, like the art museum, the zoo, The Children’s Museum.”

But the eventual buyers, he said, will have a turnkey experience. “We’d even be willing to sell it furnished.”• 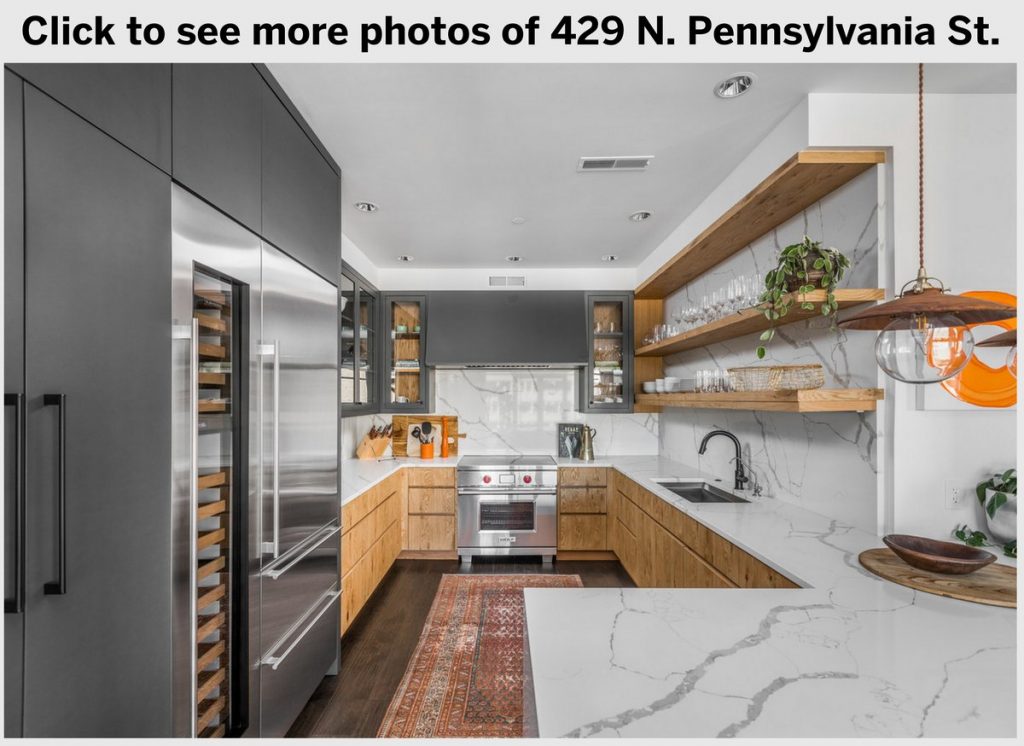