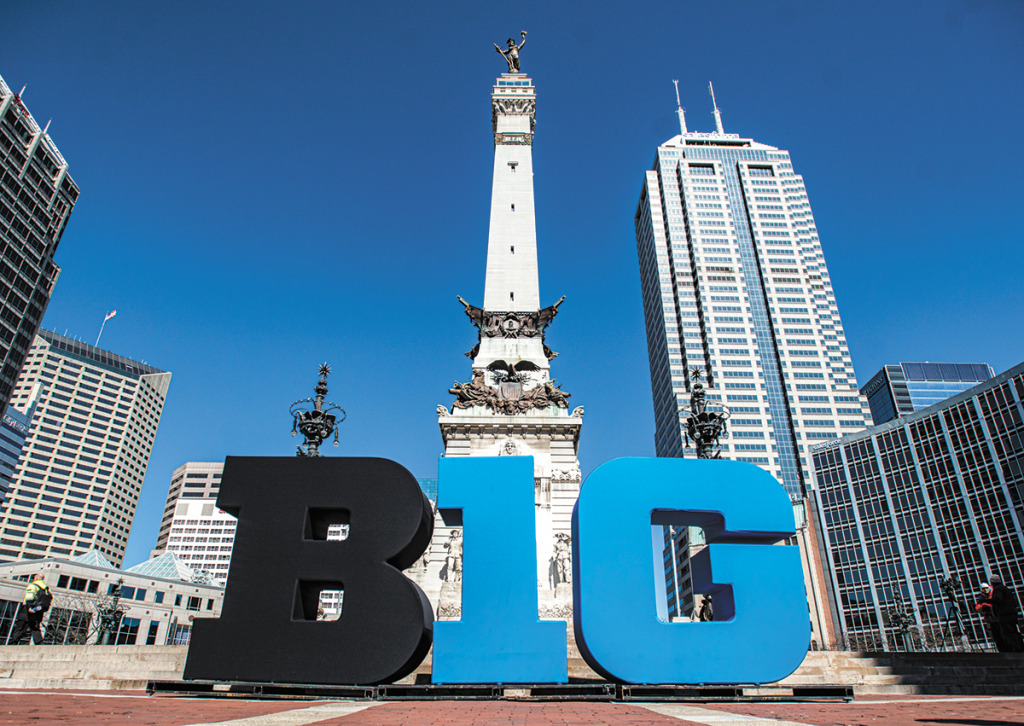 The Big Ten Conference men’s basketball tournament will move to Indianapolis this year, amid ongoing challenges tied to hosting the tournament in a largely locked-down Chicago.

The tournament will be played March 10-14 at Lucas Oil Stadium, sources say, because the women’s basketball tournament is already planned for Bankers Life Fieldhouse on overlapping dates, March 9-13. It’s not known yet whether fans will be permitted at games.

The move, which has not yet been formally announced by the conference, follows challenges in ensuring the tournament could occur without issues in Chicago, which has greatly limited big events in hopes of curbing spread of the COVID-19 coronavirus.

Indianapolis and Chicago traditionally alternate hosting the men’s tournament, with Bankers Life Fieldhouse hosting last year’s event before it was canceled during the second day of competition because of the pandemic.