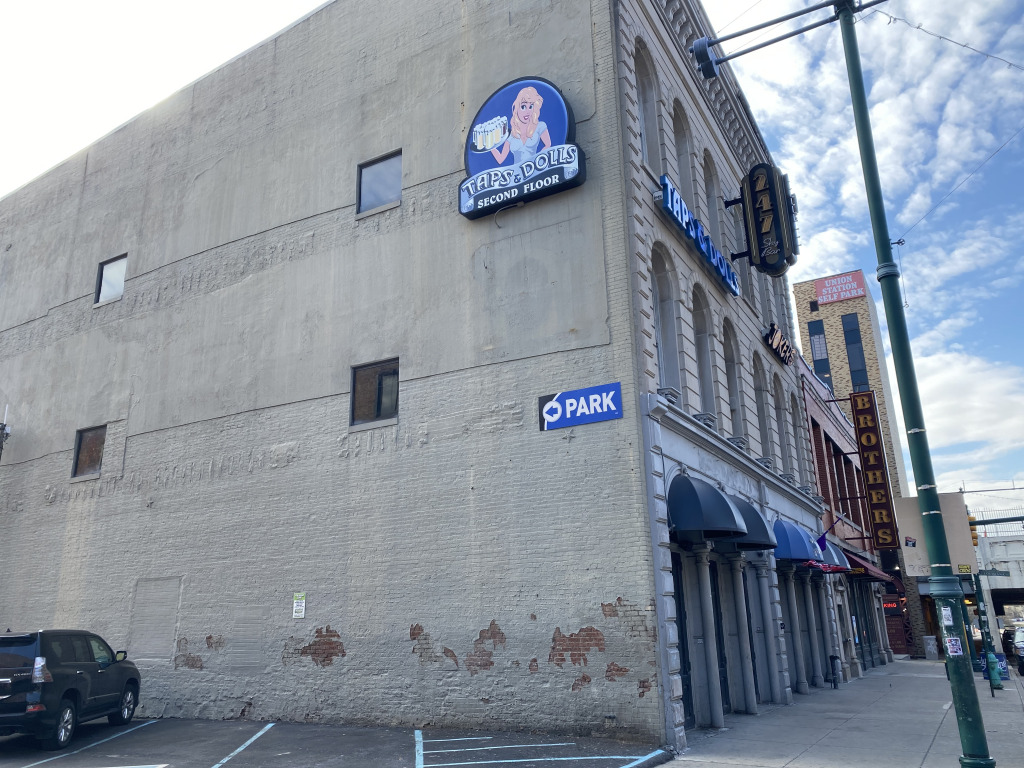 A sports-themed restaurant is set to open early next year in a Wholesale District building that was previously home to a pair of troubled bars.

Walk-On’s Sports Bistreaux plans to take about 8,000 square feet on the first floor of 247 S. Meridian St., which was most recently the site of After 6 Lounge, which closed in September. The second floor of the building was occupied by Taps & Dolls until August, after it was denied a renewal of its liquor license earlier in the year following a string of code violations and crime-related incidents.

Walk-On’s has partnered with building owner and central Indiana resident Todd Johnson, chief executive of Trident Hospitality, to open the downtown location—marking the company’s first foray into the Indianapolis market.

Johnson has teamed with former Tampa Bay Buccaneers linebacker Derrick Brooks and Wade Kornblith, a veteran Tampa-area finance executive, on the project. Brooks, who was inducted into the Pro Football Hall of Fame in 2014, is a discipline appeals officer for the NFL Players Association.

The restaurant is expected to open in the first quarter of 2023.

Johnson said the agreement with Walk-On’s, financial terms for which were not disclosed, is expected to bring additional restaurants to Indiana—including one in Clarksville, just across the Ohio River from Louisville. The company has 67 current locations across 13 states, including a 4,800-square-foot restaurant on the Purdue University campus that opened in 2021.

“People need places to eat and drink in a safe, fun and family-focused environment,” Johnson told IBJ. “That’s what we’re going to foster here.  There are a lot of sports [bar] options to go watch a game, but not with the type of food we have and be able to watch it with your whole family.”

Walk-On’s offers American and Cajun fare, with food prepared fresh daily. Planned menu items include crawfish etouffee, duck and andouille gumbo, and doughnut bread pudding made with Krispy Kreme doughnuts. It also offers an extensive beer list, with most restaurants having anywhere from 30 to 40 beers on tap.

“We’re thrilled to welcome Todd, Derrick, and Wade to the Walk-On’s family and as they prepare to serve the Indianapolis community,” Landry said in written remarks. “With Todd’s three decades of expertise in the restaurant sector, Wade’s financial knowledge and the leadership qualities Derrick has showcased on and off the field, we have no doubt that the people of Indy are in great hands!”

Johnson said he understands there might be skepticism about the project given the recent history of the businesses in the building—particularly when it was home to Taps & Dolls, which was plagued by reports of crimes, including violent incidents. Indianapolis police made 166 runs to the bar in 2021 alone in response to 40 reported fights, three overdoses and other incidents.

Owners say Walk-On’s will have a family-friendly atmosphere and a tighter schedule than some of the bars along Meridian Street, operating from 11 a.m. to 11 p.m. on weekdays and staying open until midnight on Fridays and Saturdays.

Johnson said the license used for Taps and Dolls has been temporarily transferred to Walk-On’s, but a final decision by the Alcohol and Tobacco Commission’s Marion County board is expected to come in November.

“We’ve already had to lay out what our hopes and dreams were” for the space with members of the commission, Johnson said. “We’re excited about moving this ahead.”

Indianapolis-based Architects Forum has been retained for the interior work in the 34,551-square-foot building, which was built 1880.