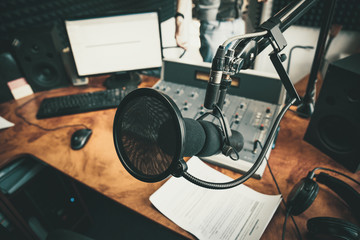 Spotify is planning to cut about 6% of its employees, or around 600 employees, joining a slew of technology companies from Amazon.com to Meta Platforms in announcing job cuts to lower costs.

The move was announced in a filing Monday morning, confirming reports from over the weekend that there would be job cuts. Most departments will be impacted across the company, a Spotify spokesperson told Bloomberg.

The music streaming giant has about 9,800 employees, according to its third-quarter earnings report. Spotify laid off 38 staff from its Gimlet Media and Parcast podcast studios in October.

Tech companies, including Spotify, added to their head counts during the pandemic but were forced to make reductions in response to diminished advertising revenue and a shaky economic outlook. Amazon, Meta and Microsoft were among the biggest companies to announce staff reductions recently, while Google parent Alphabet said Friday it will cut about 12,000 jobs, more than 6% of its global workforce.

Spotify said in the filing that Dawn Ostroff, chief content and advertising business officer, will leave the company as part of a broader reorganization. She was instrumental in establishing Spotify’s podcast strategy by greenlighting shows and overseeing its podcast ad sales. Alex Norström, currently chief freemium business officer, and Gustav Söderström, currently chief research & development officer, will each take on additional responsibilities as co-presidents of the company.

Severance charges connected to the layoffs could reach as much as €45 million, but Spotify’s margins, “which have beens stuck in limbo” will get a boost, wrote Bloomberg analysts led by Geetha Ranganathan. Though the company will be hurt by weakening economic conditions and a strengthening dollar, Spotify could follow Apple Music, which recently raised prices, analysts said.

Spotify made a massive commitment to podcasting beginning in 2019. It spent over a billion dollars on acquiring podcast networks, creation software, a hosting service and the rights to popular shows like “The Joe Rogan Experience” and “Armchair Expert.”

Still, the investments have tested investors’ patience. Shares tumbled last year as investors questioned when they’d begin seeing returns. Spotify executives said in June its podcast business would become profitable in the next one to two years.

“While we have made great progress in improving speed in the last few years, we haven’t focused as much on improving efficiency,” Chief Executive Officer Daniel Ek wrote in a blog post about the layoffs. “We still spend far too much time syncing on slightly different strategies, which slows us down. And in a challenging economic environment, efficiency takes on greater importance.”