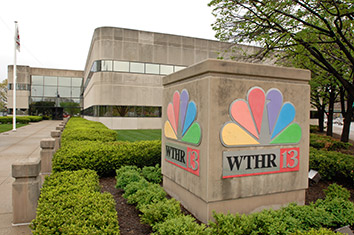 An affiliate of Standard General will pay $24 in cash for each Tegna share. The transaction has an enterprise value of about $8.6 billion, including the assumption of debt.

In a nod to potential antitrust scrutiny of the purchase, the buyers agreed to pay more if the closing takes longer than expected. The price increases incrementally from 5 cents a share per month after the first nine months, to 12.5 cents in the 14th and 15th months.

In premarket trading, Tegna shares rose more than 8%, to $22.75 each. The company said the bid represents a premium of approximately 39% to its closing stock price on Sept. 14, the last full trading day before media speculation about a potential sale of the company.

The company was formed in June 2015 when it was split off from Gannett, which retained its print media properties, including The Indianapolis Star.

Once the deal closes, Tegna stations in Austin (KVUE), Dallas (WFAA and KMPX) and Houston (KHOU and KTBU) are expected to be acquired by Cox Media Group from Standard General.

The deal is expected to close in the second half of the year. It still needs approval from Tegna shareholders.

Standard General, which was founded in 2007 by Soo Kim, primarily manages event-driven funds but it has made acquisitions. In 2015, it bought more than 1,740 Radio Shack stores through General Wireless, as well the Radio Shack brand in auction related to its bankruptcy.

Standard General has run two unsuccessful boardroom battles at Tegna in recent years, arguing in both cases that the company was underperforming and in need of a shake-up.

After the close of the Tegna transaction, Kim will serve as chairman and Deb McDermott, who runs Standard Media, will become CEO.

“We believe Tegna has a strong foundation and exciting prospects for continued growth as a result of the stewardship of the Board and the current management team,” Kim said in a written statement.