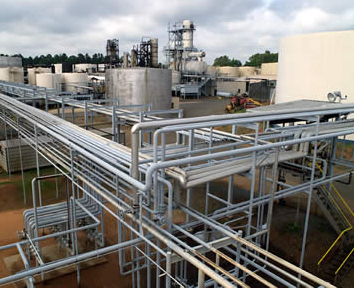 In comparison, the company earned a profit of $3.6 million, or 5 cents per share, during the same period a year earlier.

Calumet has lost more than $1 billion over the past eight years. It last turned an annual profit in 2013, when it earned $3.5 million.

The company makes nearly 3,400 specialty petroleum-based products, including fuels, lubricating oils, solvents, waxes and other items. It operates 10 production and packaging facilities around the United States, including six in Texas and Louisiana.

Difficulties in sourcing raw materials, Calumet said, forced the company to make products in short and inefficient batches and to reconfigure its production line more than four times the typical amount.

Calumet reported second-quarter revenue of $807 million, up from $453.7 million a year earlier. But the cost of producing those products also swelled, to $787.9 million, compared with $389.2 million during the year-ago period.

Shares of Calumet were trading at $6.47 each Tuesday, up 9 cents from Monday’s closing price.