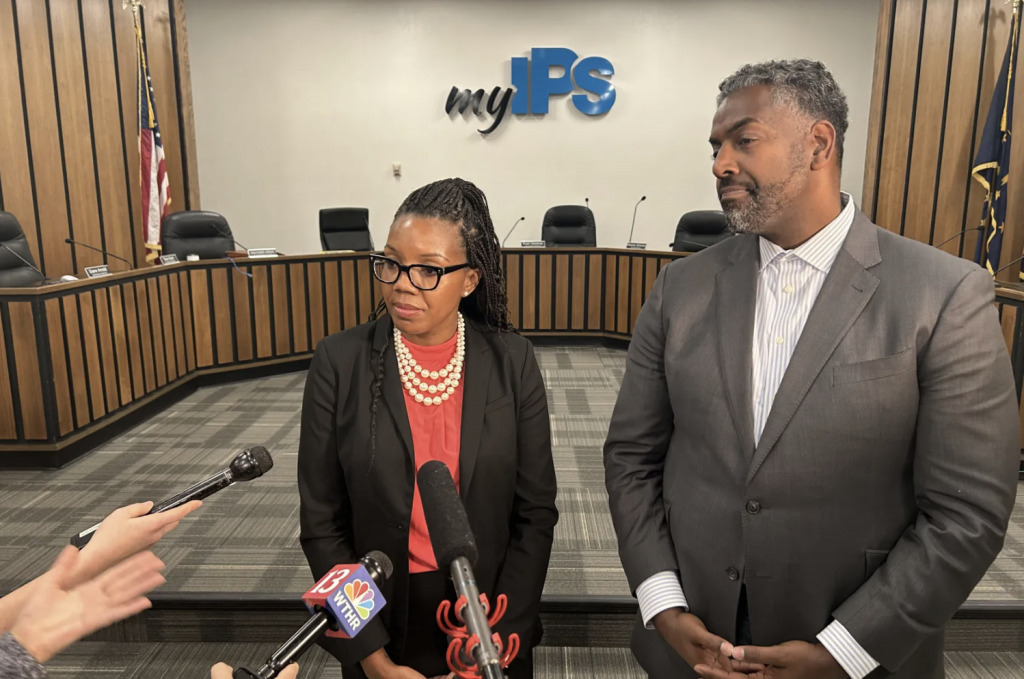 If Indianapolis Public Schools declines to change its position about how much potential referendum money to share with charter schools, state legislators might just push the district to reconsider that view.

IPS heads into the new year amid public disagreement between district officials and some charters over how much funding from the referendum—worth up to $413.6 million over eight years for operating costs—should be split up between different schools, if voters approve it.

That referendum is crucial to the district’s Rebuilding Stronger revitalization plan. It would help fund everything from competitive teacher compensation to expanded academic programs and is in part designed to make IPS more attractive to families as the district loses students to charters.

But state politics complicate that position. In the legislative session that begins in January, the district hopes to seek relief from a state law that forces the district to offer closed school buildings to charter schools for $1 sales or annual leases, district officials have previously said.

Any flexibility IPS obtains from lawmakers from the so-called $1 law could entail a tradeoff: an agreement by IPS to share more referendum funding with charters than it wants to.

Rep. Robert Behning, an Indianapolis Republican who chaired last session’s education committee and will likely do so again, has connected the two issues in the past, at least in general terms.

He previously told Chalkbeat Indiana that there may be some sort of solution over the $1 law this session. Behning also noted that parity in funding has been an important issue for the charter community. (Through a spokesperson, Behning said Tuesday that there are no updates regarding potential legislation over the $1 law or sharing referendum funding.)

A bill that failed to pass the last legislative session would have exempted IPS from the $1 law, while also requiring all school districts to share referendum funds with charter schools.

The school board delayed a vote in December about whether to move forward with placing the referendum on the ballot in May. That postponement followed vocal criticism from the charter school community, which for weeks has argued for a bigger slice of the funding from the operating referendum.

Among other things, charter advocates have noted that students of color make up a majority of their enrollment, and that not giving charter schools more of the money would undermine racial equity in local schools.

“We remain hopeful that changes can be made that will allow our organization to eventually get behind this major investment in IPS. The dialogue over the next few weeks will be crucial,” Stand for Children Indiana Executive Director Justin Ohlemiller said in a statement last week.

While IPS has said it will share referendum funding with charter schools that are part of the district’s innovation network, it won’t share funding with non-innovation schools, due to concerns of accountability.

Sharing that money with all charter schools within the IPS borders would also not be financially sustainable for the district, Chief Financial Officer Weston Young previously told Chalkbeat.

“The specifics of the operating referendum are still under consideration as we continue conversations with our partners,” the district said in a Dec. 13 statement. “We remain committed to continued transparency and to delivering on our Rebuilding Stronger plan and earning our community’s support.”

Another potential factor in the debate: In January, the school board will welcome three new members, all of whom have all received endorsements from charter-friendly organizations. All three also opposed the first draft of Rebuilding Stronger.

The operating referendum is one of two that the district hopes to put on the May ballot to fund Rebuilding Stronger. In early December, the board passed a resolution backing a $410 million referendum to fund capital expenses.

The two proposals would raise a combined maximum of $823.6 million in new revenue for IPS if voters approve them, although IPS has estimated the total to be closer to $810 million. If voters reject the ballot questions, the district would not be able to implement  certain aspects of Rebuilding Stronger, Superintendent Aleesia Johnson previously told Chalkbeat

“We’ve really appreciated the conversations with IPS,” Seibert said on Monday. “And I think those conversations are set to continue when we come back from break.”

How much referendum money the district could ultimately share with charter schools in its innovation network is still unclear.

But both innovation and non-innovation charter schools have called for fair funding from the referendum. Charter supporters have said that, based on financial figures district officials have publicly presented, innovation charters would receive $1,650 less per pupil than traditional public schools from the operating referendum if voters approve it.

Independent charters, meanwhile, would receive no new funding, and have said that the referendum would increase the gap in public funding between their students and traditional public students to more than $10,000 per student.

Officials estimate that the two ballot questions combined would increase property tax revenue by about $72 a year for a house valued at $138,500, the median value of homes within IPS boundaries.

The certification process for both ballot questions must be completed by Feb. 17 in order for them to appear on the ballot in May.