Home » Memory Bank: A tornado rips across Indy in May 1927 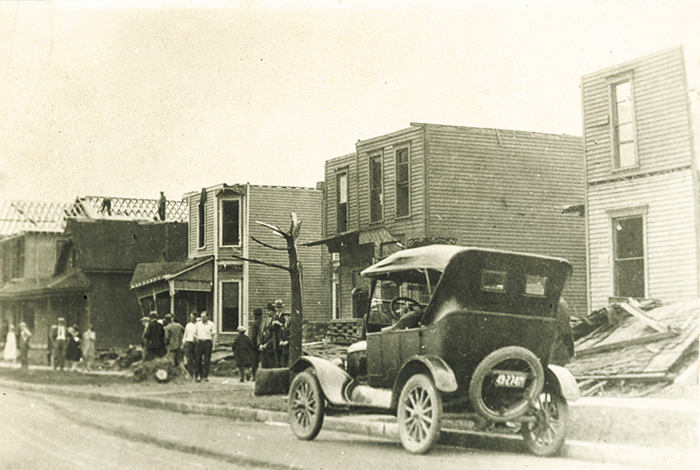 On May 18, 1927, a tornado struck downtown, wreaking havoc along Washington Street, from the west side of downtown to Irvington. Newspapers later reported that the winds reached 80 miles per hour. The website Indiana Tornadoes reports that two people died and some 200 were injured. It also estimated the strength of the storm as an F3. This photo, taken the day of the storm, shows roofs blown off and porches damaged along New York Street.