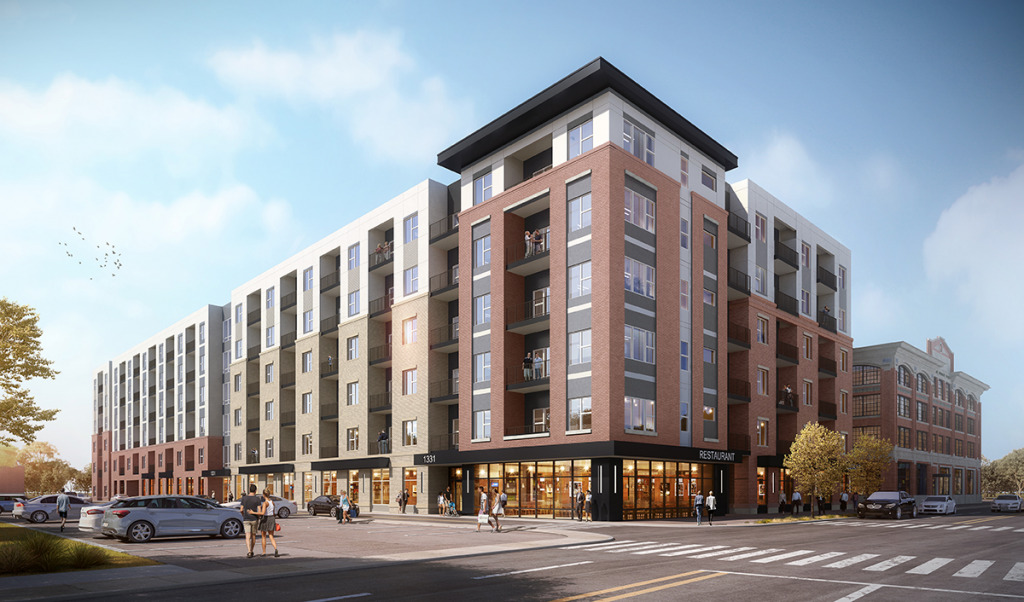 An Indianapolis-based development firm plans to build more affordable housing on the eastern outskirts of downtown, next to another project it completed in 2019.

TWG bought the 1.7-acre, parcel for the Bakery Living project in 2019, acquired it from Ivy Tech Community College for $490,000 during the redevelopment of the former Ford Motor Co. assembly plant next door. The parcel includes a 74,000-square-foot, one-story building that Ivy Tech used to house its automotive program.

The building formerly housed the West Baking Co., which ceased operations in the late 1960s or early 1970s, according to the Indiana Historical Society.

“With the success of the Assembly, we’ve seen residents wanting to live in this area. So it made sense to continue our affordable workforce housing options on East Washington Street,” said J.B. Curry, president of development for TWG.

The Holy Cross Neighborhood, the association that represents the area where the project would be located, did not explicitly support the development in a letter to the city’s Department of Metropolitan Development. Rather, it asked for a few conditions on approval for the project.

The conditions included preserving the facade of the building, which was constructed in 1930—or at the very least preserving some of the materials from the demolished building. DMD staff had also originally sought for the facade to be preserved but backed away from the request after it determined it would be difficult to do so.

TWG’s Curry said the facade could not be preserved due to the nature of construction, particularly because the setback on the site is expected to change with the new building.

“This building is fairly outdated, and we took a number of looks at repurposing it, but it wasn’t really feasible to use the existing structure,” he said. “We definitely felt like a new structure that that complemented The Assembly is definitely a better fit.”

However, Curry said TWG plans to incorporate some of the old materials into Bakery Living, largely through some hardscape landscaping at the rear of the new building.

The new project is expected to operate independently from The Assembly, although there is an alleyway that will run between the two projects that is expected to be improved as part of Bakery Living.

It’s unclear whether TWG plans to seek city, state or federal incentives for the project. However, the development is located in an opportunity zone, which allows individuals to invest capital gains into new projects, making those profits exempt from taxes after 10 years.

Curry said TWG plans to make both The Assembly and Bakery Living long-term holds, rather than trying to sell them off in a few years.

Construction on the project is expected to start as early as the second quarter of 2023.

Studio Architecture is the design firm on the project.