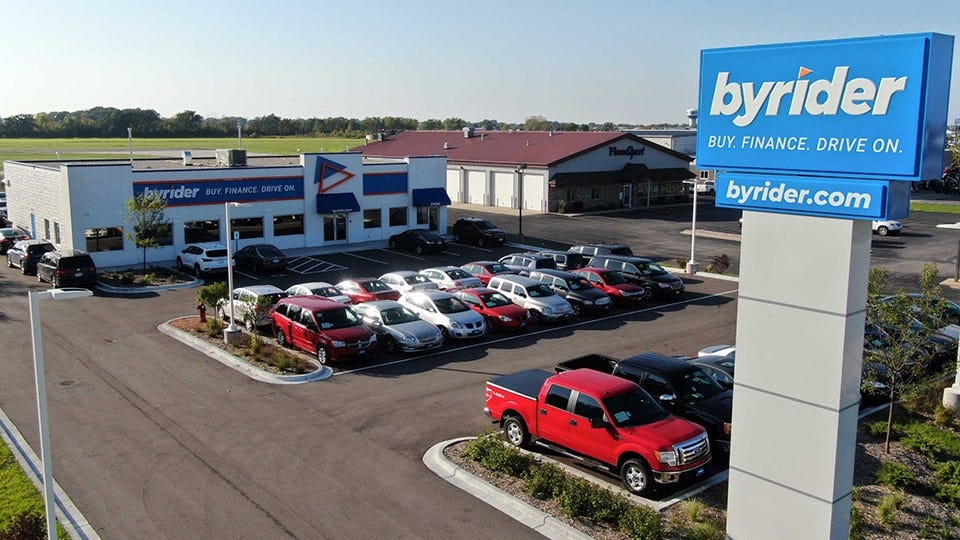 Byrider plans to cut 43 employees at its Carmel headquarters, the company said this week in a public notice to the Indiana Department of Workforce Development.

Byrider, one of the largest used-car dealers in the United States, said the layoffs would be permanent and effective Dec. 30.

“Byrider, like many companies, is still dealing with the financial impact of the COVID-19 pandemic, rising interest rates, increased inventory and operational costs, inflation, etc.,” the company said in an email to IBJ. “As a result, we have made difficult decisions to reduce some of our company store operations to better position the company for long-term success.”

Founded in 1989 by Marion auto dealer James DeVoe Jr., who died in a 2006 plane crash, Byrider sells used cars at more than 140 franchised and company-owned dealerships around the nation. The company rebranded from J.D. Byrider to just Byrider in 2019.

According to a profile of the company published by IBJ in August 2020, the company has 800 employees at its Carmel headquarters and its 32 company-owned dealerships.

Byrider not only sells the cars but also finances them through its subsidiary, CarNow Acceptance Co., using a model known in the auto sales industry as “buy here pay here.” Because Byrider often makes riskier loans, it also charges higher-than-average interest rates on those loans.