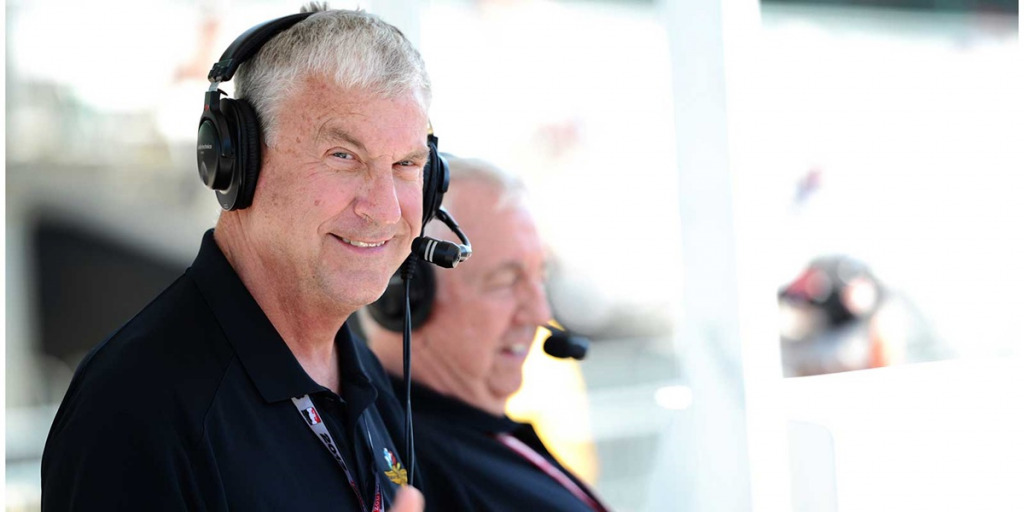 Veteran radio and television broadcaster Bob Jenkins, a former “Voice of the 500” who was inducted into the Indianapolis Motor Speedway Hall of Fame in 2019, died Monday after a battle with brain cancer, IMS officials announced. He was 73.

Jenkins, a native of Liberty, Indiana, about 75 miles east of Indianapolis, was heard over five decades on the Indianapolis Motor Speedway Radio Network, including as chief announcer from 1990 through 1998. He was one of only four people to serve as television play-by-play announcer in ABC’s 54-year history of broadcasting the Indianapolis 500.

Jenkins was one of the first on-air employees of ESPN when it launched in 1979. And for more than 20 years, he was the lead voice of NASCAR races on ESPN and ABC, including the first seven Brickyard 400s at IMS.

He also called Formula 1 and other race series for ESPN—part of a popular trio in the booth with former stock car drivers Ned Jarrett and Benny Parsons—and hosted the weekly program “SpeedWeek” with the late Larry Huber.

“Bob was a tremendous contributor to the establishment of ESPN’s credibility in our early days, and he led our motorsports coverage with class, professionalism and enthusiasm for many years,” ESPN executive vice president Norby Williamson said in a statement.

After graduating from Indiana University, Jenkins worked as a news reporter at radio stations in Fort Wayne and Valparaiso, and then at WIRE-AM in Indianapolis as the co-anchor of a nationally syndicated farm news show “AgDay.” While working at WIRE, he got to know motorsports broadcaster Paul Page, who worked at rival WIBC-AM and on the IMS Radio Network. Page helped Jenkins land a job in 1979 as the backstretch announcer for the network.

A fixture at the Indy 500 for decades, Jenkins could often be heard on the public-address system and was a frequent master of ceremonies at race functions.

His voice was used in the NASCAR-centric movies “Days of Thunder” and “Talladega Nights: The Ballad of Ricky Bobby.” He can also be heard in several motorsports-related video games.

“Bob Jenkins lent his iconic voice to so many memorable NASCAR moments, telling the story of our sport to millions of fans for years,” NASCAR said in an official statement. “Though known for his immense talent as a broadcaster, Bob’s passion for motorsports truly defined what it meant to be a racer. The motorsports industry lost a broadcasting legend and a friend with Bob’s passing. NASCAR extends its deepest condolences to Bob’s friends and family.”

A colon cancer survivor, Jenkins retired from television in 2012 to care for his wife, Pam, who also had cancer. She died that October.

In February, Jenkins revealed he had been diagnosed with two malignant tumors behind his right temple following a severe headache on Christmas night.

IMS called Jenkins “one of the kindest, most genuine people anyone could meet.”

“Bob Jenkins considered himself an Indianapolis 500 fan who got lucky,” IMS said in a statement. “Indianapolis Motor Speedway fans consider themselves lucky to have Bob’s voice ringing through the grandstands for decades. While his voice on race day will be missed, his legacy at IMS will last forever.”

IMS on Monday posted a tribute and retrospective on Jenkins’ life that can be found here.