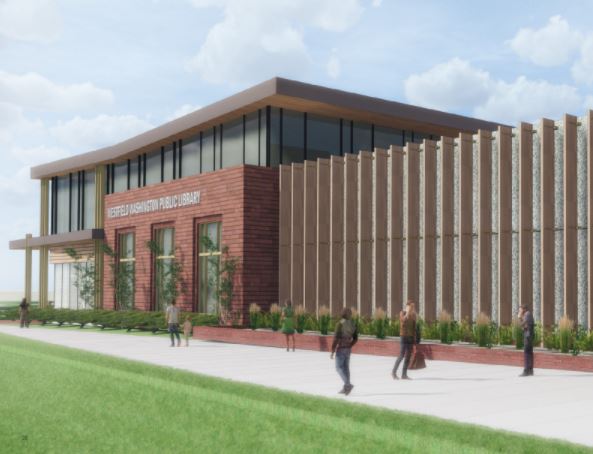 The Westfield City Council on Monday voted to approve a $16.7 million general obligation bond to fund a new public library.

Plans call for the 45,000-square-foot library to be built on 3.6 acres at Westfield Boulevard and Park Street in downtown Westfield.

“This new building will be a centerpiece in the heart of Westfield’s expanding downtown” said Library Director Sheryl Sollars in a written statement. “While the current building has served us well through the years, it doesn’t allow us room to grow and continue to meet the community’s burgeoning needs.”

The Westfield-Washington Public Library’s board voted earlier this year to build a new library next to the Curtis Dyna-Fog building off Park Street, in Westfield-based EdgeRock Development’s Grand Millennium Center.

“Our hope is to break ground on the new library next spring with a grand opening in the fall of 2023,” she said.

Officials said the bond will cause a 2-cent increase in property taxes, but the Westfield-Washington School District plans to decrease its tax rate over the next several years, allowing the project to be net neutral.

KRM Architects will serve as the project architect.