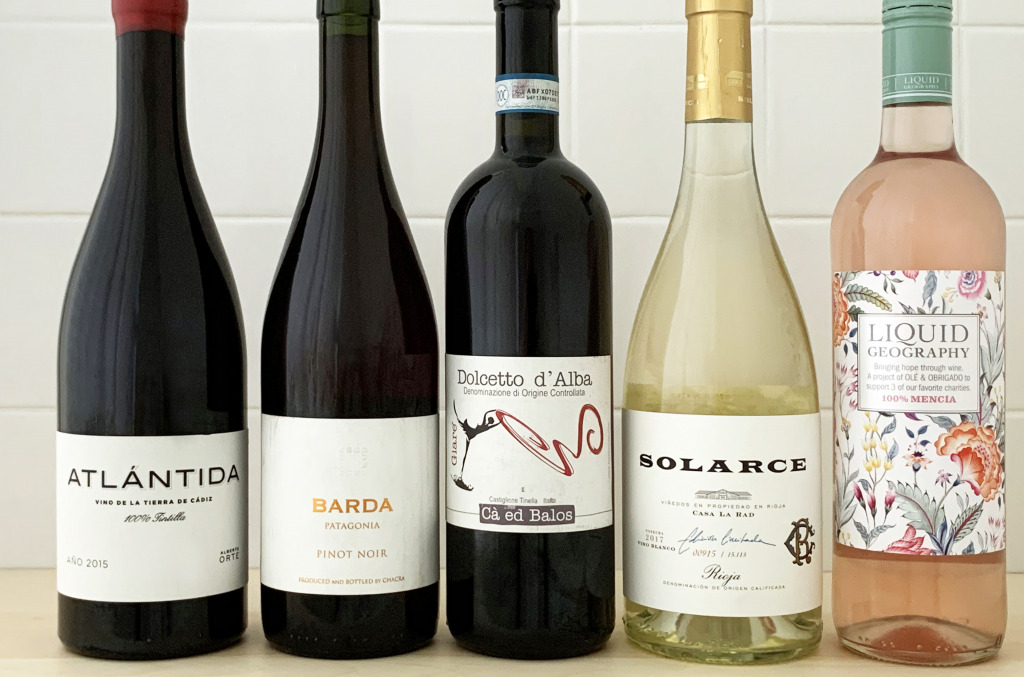 Here’s a chance to taste history in an unusual red wine from southwestern Spain, as well as the future in a pinot noir from a cutting-edge, high-altitude winery in Patagonia. We round out our late summer wine list with a rosé and a hearty white Rioja from Spain, and a juicy red from northern Italy.

This wine is a splurge, and you’ll be taking a chance on an obscure, little-known grape from a region not known for red wines. However, you’ll be richly rewarded with a deep, complex spicy wine that seems to combine equal parts fruit, earth and history. According to Wine Grapes, the authoritative reference by Jancis Robinson, Julia Harding and José Vouillamoz, tintilla de rota is an obscure pseudonym for the graciano grape, used primarily in Jerez, the region of southwestern Spain along the Atlantic coast most famous for the fortified wines of sherry. This wine is named for the lost city of Atlantis, which seems appropriate given the concept of red wine from Jerez seems lost in history. It’s a shape-shifter on the palate, one moment showing fruit, the next transforming to roasted mushrooms, then forest-floor notes of crushed, decaying leaves and wood smoke. Dare I say there’s a sense of mystery here? As you raise your glass to your lips, unleash your imagination. Alcohol by volume: 13.5%.

From one of the southernmost wine regions of the world comes this cold-climate pinot noir, not widely available but worth seeking out. It displays intensity and elegance in the same sip, with deep flavors of dark cherries and cocoa, as well as a hint of a forest on a cool autumn morning. The wine speaks of the earth, even as its high-altitude vineyards reach for the sky. ABV: 13%.

With its deep purple color, this vibrant, juicy wine refreshes with flavors of black cherries and Damson plums, and a hint of smoky leather. It makes a fine foil for all sorts of grilled, smoked or braised meats. ABV: 13%.

White Rioja ages extraordinarily well, and if you find a restaurant offering an older vintage of R. Lopez de Heredia, it is well worth a splurge. This younger example is an intriguing blend based on chardonnay and malvasia, seasoned by some viura and tempranillo blanco. Powerful at its core, the wine seems to implode on itself. Delicious, with scents of talc and white flowers. Buy a bottle to try now, and a few more to forget about for a few years to let the wine open up. ABV: 12.5%.

Here’s a delightful rosé that will bring a smile to your face on a warm day and help set the mood before dinner. An additional feel-good aspect: The importer donates the profits to charities. ABV: 13%.