Home » Wine: This $19 beaujolais is friendly to all sorts of foods 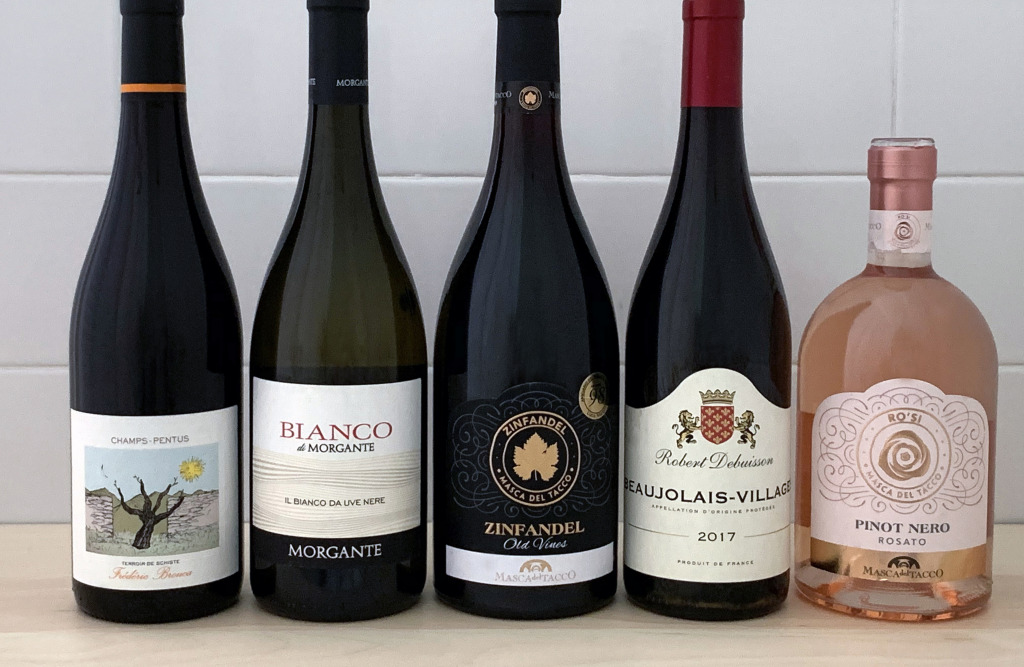 Fans of natural wine will want to check out this week’s top recommendation: a delicious red blend from southern France from a producer who is pushing against the traditional appellation boundaries. And fans of novelty wines, seek out an Italian white wine made from red grapes and try to share it, even if you want to keep it all to yourself. We also have an intriguing beaujolais and two outstanding wines from the heel of Italy’s boot.

This classic southern French blend of grenache, syrah and carignan grapes is made in a fresh and lively style that will appeal to lovers of natural wines. It is made with organic grapes, fermented with no added yeasts, and only minimal sulfur added at bottling to keep the wine stable. The result is an outstanding, savory red wine that seems to taste slightly different with each sip and each bite of food. Sip it slowly throughout a meal. This is top-notch bottle. Alcohol by volume: 14.2%.

Beaujolais may be France’s most underappreciated wine region. Perhaps, we associate it too strongly with beaujolais nouveau, the frivolous fruit basket of a wine released soon after harvest. But beaujolais can also be serious – and never pretentious – wine. That’s why I love it so much – it’s friendly to all sorts of foods. This particular wine from Robert Debuisson is a negociant wine, meaning the company buys grapes and wine from various vintners and bottles it under its own name. That’s a traditional model somewhat out of favor in the market now, as wine lovers tend to prefer “grower” wines. Don’t let that put you off, however. This wine is a lovely example of beaujolais. I only wish more people would give it a try. ABV: 12.5%.

Pinot noir, or pinot nero in Italian, is not common in southern Italy, preferring instead the higher altitudes of the mountains in the north. Made as rosé in the south – if this wine is any indication – it can be exceptional. Bright acidity, flavors of berries and melons, and a verve that will put a step in your giddy up on a hot, humid day. ABV: 12.5%.

Zinfandel from Italy? Not so surprising if you followed the investigative DNA search that traced the zinfandel grape ultimately to its origin in Croatia, with the original name of tribidrag. Along the way, the grape became known as primitivo in southern Italy, where it remains common. This version from Puglia reminded me of the fine zins from Amador County in California, with a plush texture and hints of smoke, clove, cranberry and boysenberry. ABV: 14%.

Here’s a novelty – a white wine made from red grapes. Yes, most champagne is made that way, but it is rare for still wines. To make a white wine from red grapes, the winemaker presses the juice off the skins immediately. (Leaving the juice on the skins for a few hours will produce a rosé.) This wine is crisp and bright, with flavors of red currant and spice. It would pair well with seafood salad, but to be honest, this is the type of wine I tend to be quiet about so I can hoard it for myself. ABV: 13.5%.