Bids for a 3-acre property south of Carmel’s City Center have come in much lower than expected.

In April, the Carmel Redevelopment Commission issued a request for proposals in search of a developer interested in constructing for-sale housing options on the parcel adjacent to the Carmel Fire Department and Carmel Police Department that is now used for city parking (see image below, with a panoramic view at bottom). The Monon Greenway borders the property to the west. 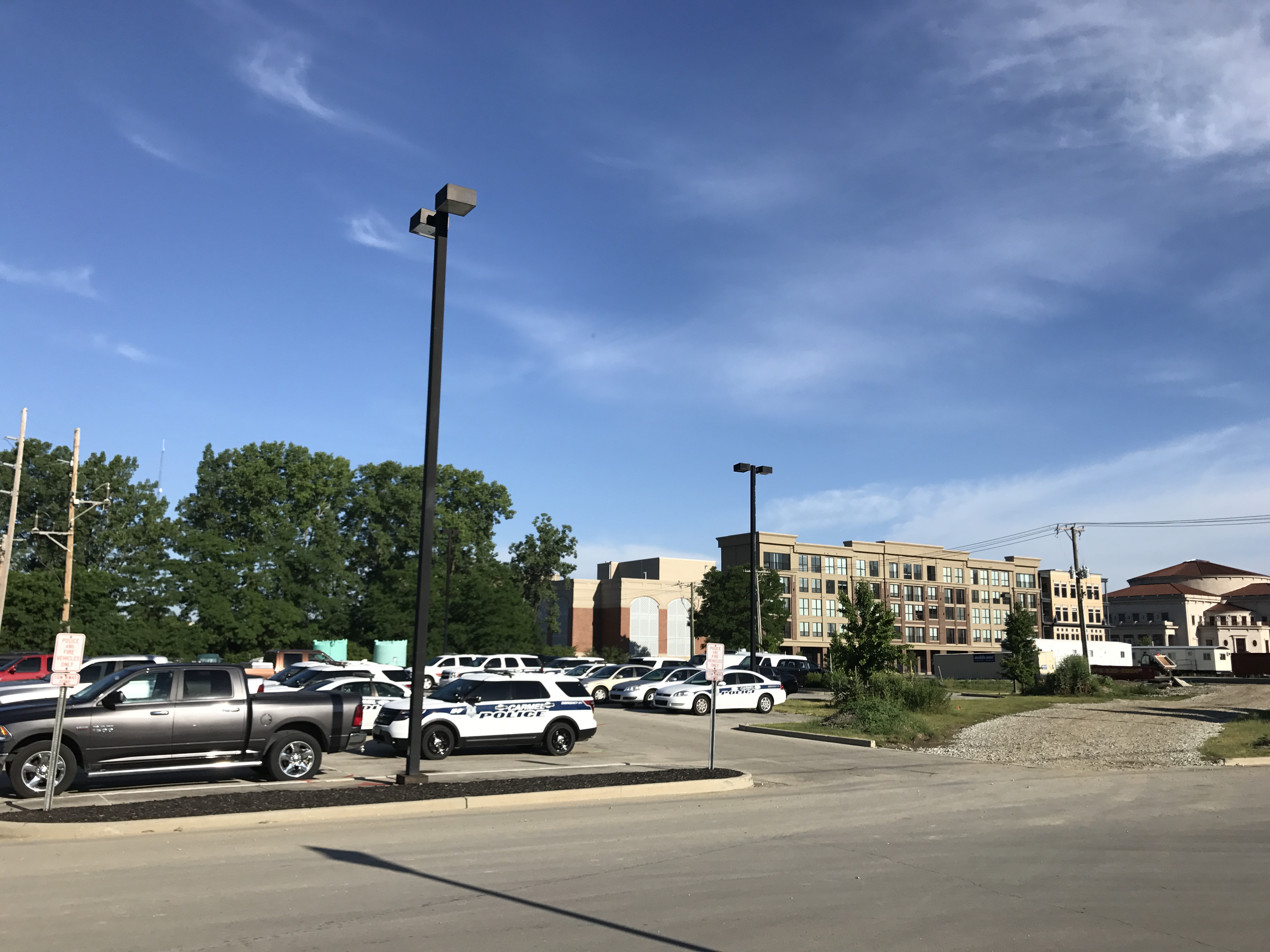 The minimum asking price was $3.7 million, the average of two appraisals the CRC had conducted on the property, but the highest bid received was $300,000. That proposal, from Indianapolis-based Onyx + East, would include for-sale townhomes, apartments and parking, CRC Executive Director Corrie Meyer said.

Onyx + East, which spun off from Indianapolis-based Milhaus in 2016, already has three for-sale housing projects in the works in downtown Indianapolis. Those projects add up to a $15.4 million investment.

The other bid the CRC received, from Carmel-based F.C.C. Development Corp., was for $1,000. Meyer said that proposal also included for-sale residential options.

The CRC has not voted on either proposal yet, and could choose to accept one, deny both or negotiate further with the bidders. Further details on the projects were not immediately available

The city has been hoping to add condominiums or townhomes near its downtown for years. Meyer said as many as 200 housing units could be constructed on the property, depending on the housing type.

Office and retail uses could also be included on the east side of the property.

In addition to the housing request, the CRC expects the selected developer to dedicate the right-of-way needed to extend Veteran’s Way south from the Park East garage at City Center, accommodate existing parking demands and incorporate stormwater management.

The CRC has not committed any public funds to the project yet.