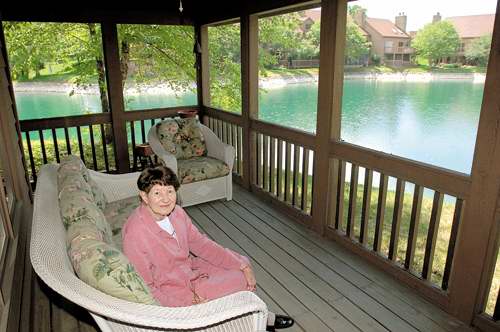 A local developer has dropped its effort to buy out 77 condo owners southeast of 86th Street and Keystone Avenue, at least for now. Residents of the condo development, Lakes at the Crossing, received a letter yesterday from developer Gershman Brown & Associates, announcing its attempt to acquire the 23-acre property had ended in failure. Two residents confirmed the letter’s arrival. They say the developer, which apparently was working with Simon on redevelopment plans for the prime land near The Fashion Mall at Keystone, had secured contracts with more than 70 percent of homeowners but couldn’t reach terms with the others. The developers were offering at least double the residential property value for each unit, making the deal worth potentially $43 million. One of the residents who wanted to stay, Mabel Young, is pictured here. The original post is here.